Widely considered one of the best soccer players of all time, Michelle Akers was honored as the FIFA Female Player of the Century in the early 2000s. As a two-time world champion, an Olympic gold medalist, and a Hall-Of-Fame inductee, Akers led America’s first all-female soccer team to victory.

As early as high school, Akers was named All-American three times, so it’s no surprise she was offered a scholarship from the University of Central Florida. With the UCF Knights, not only did the NCAA name her All-American every single year, but her college gave her the title “Athlete of the Year” twice, given she scored the most points in university history. She even was recognized with the prestigious Hermann Trophy, declaring her the top collegiate soccer player in the country. Upon graduation, UCF retired her jersey number.

On the world stage, Akers had the honor to compete on the US’s first women’s national soccer team in 1985; and for her international debut, she scored the first goal in the program’s history. It didn’t take long for her to debut at the World Cup, where she led her team to victory as the top scorer, earning the Golden Shoe. During her fifteen years on the national team, she’d go on to win another World Cup in 1999, as well as the first gold medal for women’s soccer offered by the Olympics in 1996.

With her influence on the sport, FIFA has honored Akers several times. She was the first female recipient of the Order of Merit: FIFA’s most prestigious award. Additionally, she received the FIFA’s Bronze Ball in 1999 for her World Cup performance, and FIFA selected her as one of two women to appear in their list of 125 greatest living soccer players. 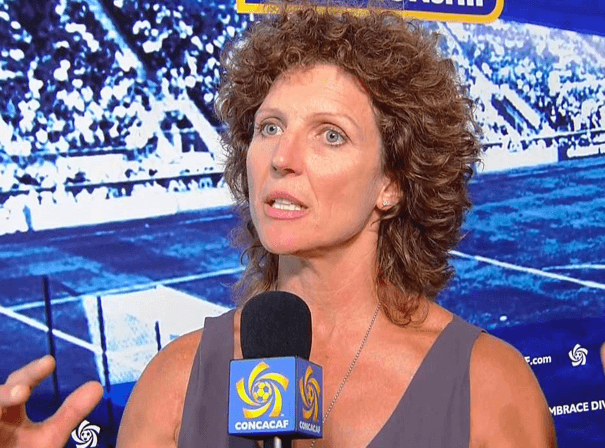