Mike Holston, also famously known as ‘The Real Tarzann’, is an exotic animal specialist and zookeeper who became an internet sensation with over 5.9 million followers on Instagram and more than 546k subscribers on YouTube after sharing his jaw-dropping and informative animal videos online. He has recently collaborated with actor Will Smith and is often hailed by his many followers as the “new Steve Irwin”.

Holston is a zookeeper by trade, working at Mario Tabrue’s Zoological Wildlife Foundation in Miami and learning enrichment techniques with dangerous animals such as chimpanzees and tigers from expert zookeepers. Passionate about these wild creatures, Holston began to share his innovative videos showing animals in a different way than the world had seen before, in the hope to raise much-needed awareness for conservation issues. Holston isn’t afraid to get up close and personal with dangerous wild animals, and the majority of his videos have gone viral and amassed millions of views.

In 2018, Holston used his online fame to benefit 233 iguanas that had been saved from freezing water in South Florida, using his Instagram account to find homes amongst his millions of followers, a move that was met with positivity online and helped boost his popularity further. With celebrity followers including Will Smith and Jason Momoa, Holston has also used his social media influence to help raise awareness for many conservation charities including Save the Reef and VETPAW, Veterans Empowered to Protect African Wildlife. 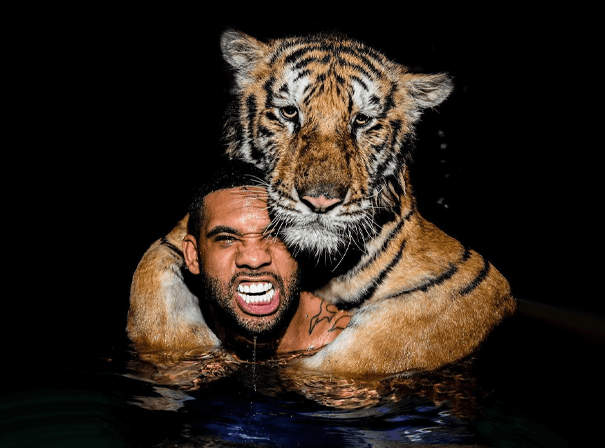