The brilliant and multi-talented Milan Christopher is a rapper, actor, writer, director, producer, composer, model, and activist. He is best known for appearing on VH1’s reality TV show, Love & Hip Hop: Hollywood, which was seen as one of the most controversial moves and castings of 2015. It marked Christopher as one of the first openly Gay music artists in the Hip Hop community. He is also a bit of an entrepreneur, being the CEO of the streaming entertainment service, McTV. He has set up a small boutique teeth whitening business, Beverly Hills White Smile, his own clothing line, and is regarded as one of the leading African-American actors and musicians in LGBTQ+ advocacy across the world. In 2019, he created the first openly gay, black male superhero comic book character, Ragneron.

Christopher grew up in Chicago and was into dancing and singing from a young age. At college he developed an interest in acting and modelling. He abandoned his plans of becoming a biologist and relocated to Los Angeles to pursue a creative career. He released his EDM rap single, Burning Up, under the music management of D-tech A.R. of Akon’s Konvicts Musiq Label, followed soon after by his album, The Alpha, and a controversial visual for his single, When I Go, which was based on domestic violence, bullying, and LGBTQ+ suicide rates. He made his acting debut in the comedy, Friends & Lovers: The Ski Trip 2, in 2008, and since then has appeared in numerous TV shows, commercials, movies and music videos, with some of the hottest names in the music industry, such as Beyoncé, Kanye West, and Lil Wayne. As a model, he has graced the cover of several calendars and featured in many magazines. He also stars in his own TV series, Ragneron the Guardian of the Crystal, based on his comic book series. 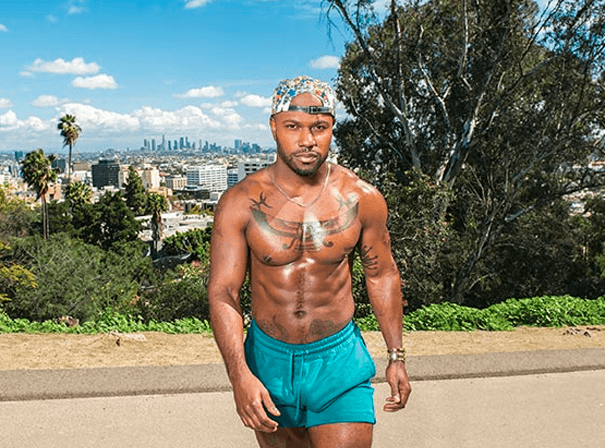