As the only female driver in history to win the Australian Rally Championship, Molly Taylor is bringing representation to rally car driving. For her contributions, Taylor was awarded the prestigious Peter Brock Medal.

Hailing from Sydney, Taylor came from a family passionate about racing: her father owned a rally school where Taylor grew to love the sport, leading her to competitions. After winning the New South Wales Rally Championship in 2006, CAMS named her the “New South Wales Young Achiever of the Year.” She then debuted at the Australian Rally Championship, winning the F16 class for two consecutive years. With a track record like this, it’s no wonder she was chosen for the Australian Motorsport Foundation’s International Rising Star Program (the first female to do so).

Following that success, she ventured to the UK so she could compete at the Suzuki Swift Sport Cup, becoming the first non-British Ladies Rally Champion. Twice. While competing, Taylor got the attention of world championship recruiters who invited her to race in the Pirelli Star Driver Shootout. Her results there earned her a scholarship at the FIA World Rally Championship Academy, giving her a spot in the actual championship, where she won a Richard Burns Trophy.

With a new international racing presence, Taylor began competing in the FIA European Championship, where she reached the podium in every round, earning silver overall. And by 2016, she was named Australian Rally Champion—the youngest at the time to achieve this title.

Now, Taylor stays busy as a reality star on Seven Network’s SAS Australia, as well as by participating in the inaugural Extreme E international electric rally series. As for sponsors, Taylor is represented by Reebok, Subaru, and many others. 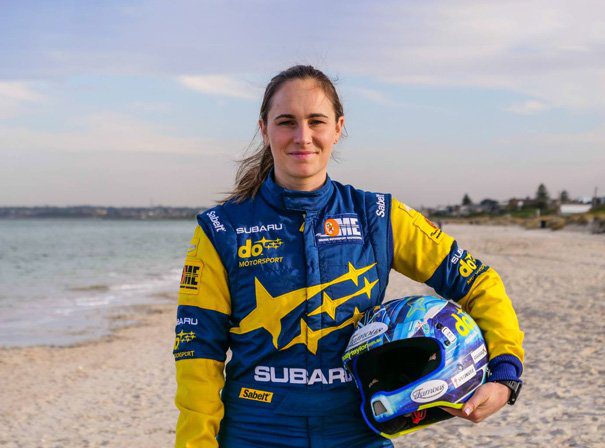