Russian rapper, singer and song-writer, Elizaveta Andreevna Gyrdymova, is famously known by her stage Monetochka. In her teenage years, Monetochka published her poetry writing pieces on the site of stihi.ru. Monetochka enrolled at the Gerasimov Institute of Cinematography in Moscow for courses in film production in 2016 due to her love for cinema. On that same year, Monetochka began her first internship at the ETV channel in Yekaterinburg. For the ETV channel, Monetochka released joint projects with the famous poet Alexandra Aksyonova. Monetochka continued working as a producer at ETV channel for some time. Monetochka first made an approach in the music world in 2015, when she uploaded her first album titled Psychedelic Cloud-Rap to VKontakte social network, using her stage name Monetochka. She later continued by uploading her live performances on her YouTube channel. Not long after that, Monetochka received over 20,000 followers where she also received offers for concerts and interviews. In 2017, Monetochka expanded her art by collaborating with the alternative R&B artist and producer, Viktor BTsKh Isaev. The duo released their first single titled Poslednyaya Diskoteka on October 2017. In the following year, Monetochka released her first studio album titled Coloring for Adults produced by Isaev. Monetochka won the Group of the Year and Single of the Year awards at the 2018 Jager Music Awards, with the song Kazhdyi Raz. Her most recent work was for her studio album Arts and Crafts, which was released in October 2020. 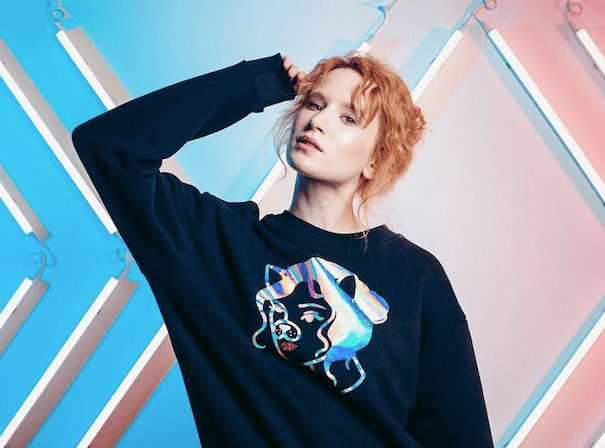