Morgan Fairchild is an American actress who has had a career spanning more than 50 years, and has starred in countless TV shows and films.

When she was a child, Fairchild appeared on the Mr Peppermint Show, as well as starring in several commercials. Her first major role was as a body double in the film Bonnie and Clyde, before she began to appear regularly in a range of television shows. These included Search for Tomorrow, Happy Days, The Bob Newhart Show and CBS Radio Mystery Thriller. Her first primetime role was in Flamingo Road, a soap opera for which she was nominated for a Golden Globe. Over the next 30 years she became one of the most well loved and recognisable actresses in America, with appearances on a huge variety of shows including dramas, variety shows, films and mini-series. She was the host of her own ABC TV special with Joan Collins, called Blondes vs Brunettes, as well as soap operas Paper Dolls and Falcon Crest, and drama Roseanne. Other major television appearances included on Friends, The City and Fashion House, and the in-demand actress has also competed on reality show But Can They Sing?.

Outside of her work as an actress, Fairchild is a passionate advocate for AIDS charities and environmental causes. She has served on the board of the Screen Actor’s Guild and despite now being in her 70’s still regularly gets cast in movies and television shows. 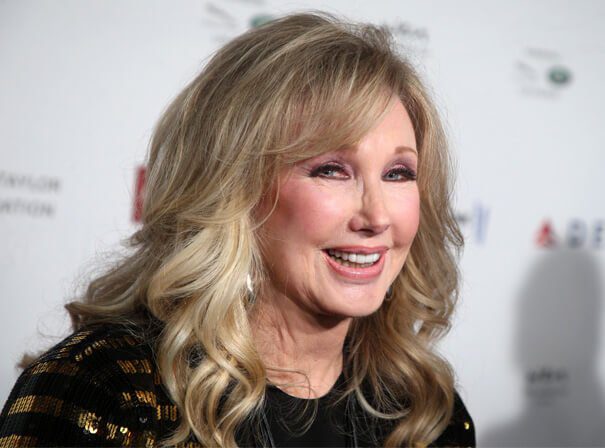