For any avid watcher of Channel 4’s fly on the wall documentary Educating Yorkshire, Musharaf Asghar is a familiar face – even if the name doesn’t immediately ring a bell! He melted hearts when his persistent attempts to overcome his stutter were featured on the show, with the help of his dedicated English teacher, Mr Burton.

In Musharaf’s final school assembly, shown at the end of the series, he stood up and delivered a speech to his teachers and fellow students, using the trick of listening to music at the same time to avoid stammering.
It was an iconic moment of TV programming and left his audience at school and at home in tears; his performance has since gone viral on Youtube with more than 7 million views. Musharaf has gone on to use his newfound fame to raise awareness about stammering, appearing on a programme called Stammer School: Musharaf Finds His Voice in 2014.

In 2016 he also appeared on a special celebrity edition of the popular show First Dates, when viewers at home saw how significant his progress had been when he thoroughly charmed his date for the evening.
A proud British Muslim, Musharaf is keen to take part in debates about race and identity, as well as continuing to act as an ambassador for people who stammer around the world. He’s a motivational speaker with a unique story which gives him a real authority when he speaks. 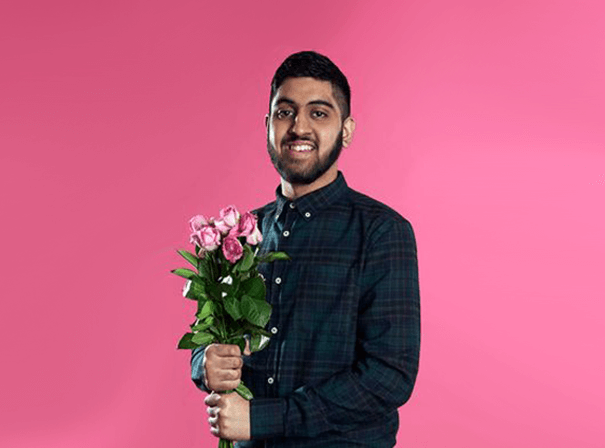