The Russian American former artistic gymnast Nastia Liukin is a five-time Olympic medallist and was the 2008 Olympic all-around champion.

At the Beijing Olympics in 2008, watched by 28.7 million Americans, Liukin was not only a five-time Olympic medallist, she also became one of only three women to have ever won a Gold medal in all-around gymnastics. Prior to the Beijing Olympics, Liukin was the 2005 world balance beam champion and later named gymnast of the year by IGHOF. She was also the 2006 Visa all-around champion and the 2007 3X world champion. Following her success at the 2008 games, Liukin shot to fame as she became America’s sweetheart and was soon named second most marketable athlete by MSNBC. Appearing on magazine covers and the iconic Wheaties cereal box, Liukin was also a guest in popular TV shows including the Oprah Winfrey Show, the Tonight Show with Jay Lenno and the hit series Gossip Girl.

Of her other accolades, Liukin was named Individual Sportswoman of the Year by the Women’s Sports Foundation and the US Sports Academy’s Female Athlete of the Year. She also appeared as part of Glamour Magazine’s feature The 11 Greatest Bodies on Earth. Now a prominent keynote speaker and brand spokesperson, Liukin shares her story of hard work and success to inspire young women to lead a healthy lifestyle and follow their passions. Of her philanthropy work, Liukin was involved with the Frosted Pink with a Twist event, raising awareness of cancers that primarily affect women, along with The Dallas Morning News charities. 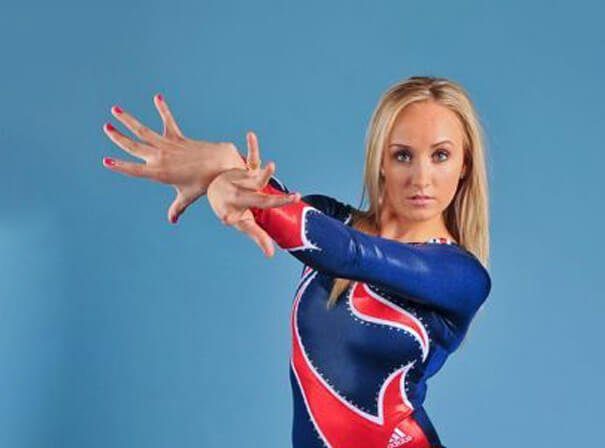