Natalie Lander is what those in the know called an all-rounder. A talented actor, voice actor, and singer, she has made a name for herself across a range of shows and styles. Among the many credits that have brought her to prominence are hit ABC sitcom The Middle, MTV’s Legally Blonde: The Musical — The Search for Elle Woods, Disney Junior’s Goldie & Bear, and some of the biggest selling video games of the last 20 years. She has also made guest appearances in everything from 13 Reasons Why to Hannah Montana.

Lander was born in Hollywood to parents who are both professional actors. She made her own screen debut in 2004 in an episode of NBC’s action-packed drama She Spies. From 2005 onwards, she began to develop a niche as a video game voice actor, voicing characters in numerous games. One of her most successful roles has been as Kinzie Kensington in three instalments of the Saints Row series of games, one of the best-selling video game franchises of all-time. She has also voiced characters in the long-running Final Fantasy and Fire Emblem series of games.

In 2008, Lander appeared on The Search for Elle Woods, an MTV reality show that sought a replacement for the character in the Broadway production of Legally Blonde. She acquitted herself brilliantly and came fifth. The show raised her profile and her acting roles began to become more frequent, culminating with the role of Debbie in The Middle, a much-praised sitcom that has won numerous awards been nominated for many more. More recently, she can be heard voicing Goldie Locks in Goldie & Bear, a Disney Junior cartoon for pre-school children. 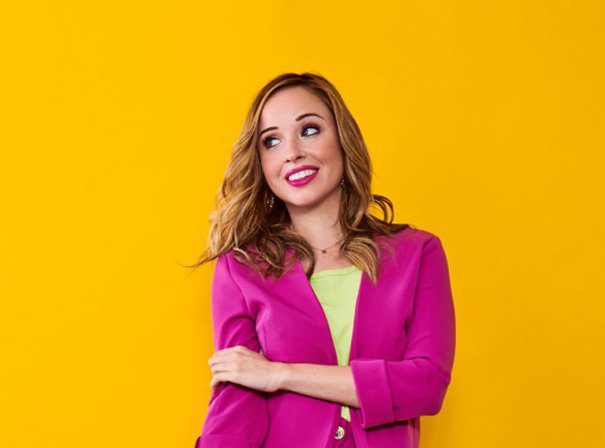