Soccer forward Natasa Andonova is not only a superstar in her home country of Macedonia, but also a global sensation with 57.2k followers around the world itching to see what she gets up to next. Natasa showed a talent for the sport at a very early age and has risen through the ranks rapidly, very quickly becoming one of the best in the world.

Natasa began playing professionally at the tender age of 16 with ZFK Tikvešanka in Macedonia. The following year she started making a name internationally for herself when she played at the 2010 Under-19 Euro on her home turf. Though her team was the weakest in the tournament, Natasa’s talent and passion shone beyond everyone else’s and won her the Tournament’s Best Player, making the best Soccer club’s in the world turn their heads and pay attention. That same year the rising star transferred to ZFK Borec before ultimately signing with the reigning European Champions, Turbine Potsdam. Her older sister Sijce joined the team at the same time. Very quickly after joining Nastasa was promoted to the first team and debuted in her first ever Bundesliga match. That first season she was the second top scorer of the Bundesliga Cup with 7 goals.

After 4 seasons with Turbine Potsdam, Natasa decided to start playing with Swedish champions FC Rosengård. In 2017 the forward joined Paris Saint-Germain, only to move again in the later half of the year to Barcelona. Natasa currently plays with Levante UD in Valencia. So far in her professional career the Macedonian Soccer star has played at the 2011 and 2015 FIFA World Cups, as well as the 2013 UEFA Euro. 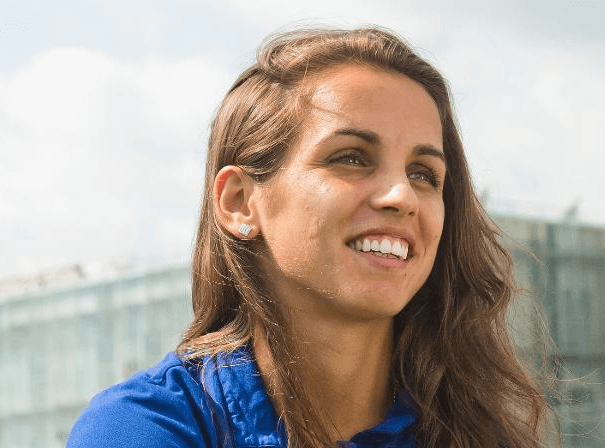