The incredibly talented Nelson De La Nuez is an international Pop Artist and luxury designer. He is one of the most sought-after contemporary Pop Artists of modern times, whose striking, vivid mixed media artwork borrows motifs and messages from modern society and the language of wealth, power, fame, taste, and excess. Known to many as The King of Pop Art, De La Nuez provides commentary on our culture in a manner that is both ironic and aspirational.

De La Nuez was born in Cuba and moved to California as a child. He first gained recognition in the 1980s for his unique Pop Art style, in which he used familiar everyday imagery from things like board games, newspaper articles, and adverts. He has collaborated with many prestigious brands and his branded home, fashion and lifestyle products have sold through luxury retailers worldwide. He was also selected by Warner Brothers as an official artist to commemorate the 70th anniversary of The Wizard of Oz, and was commissioned to create a series of original art works to celebrate the iconic film. He has exhibited across the globe, and his work hangs in some of the most prestigious galleries around the world.

De La Nuez regularly connects with his legions of followers and fans through Instagram, Facebook, Pinterest, and Twitter, posting pictures and videos of his latest artist creations. He is available for that personalised shout-out via the Cameo platform. He also has two official websites, kingofpopart.com, and themoha.com. 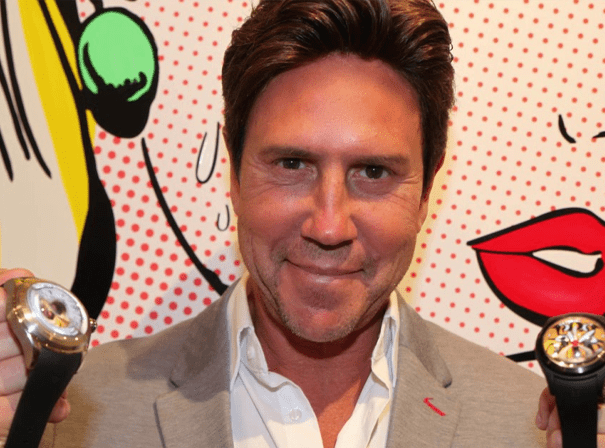