Nicky Butt is an English former Soccerer well-known for playing for Manchester United, the clubwhere he is now head of first-team development. Butt enjoyed an immensely successful career with the team during their domination in the 1990s, his honours including six Premier League title winner’s medals, three FA Cup winner’s medals and a Champions League winner’s medal.

A gifted midfielder, he was once famously named the “the best player of the England squad” by Brazilian legend Pelé, and earned 39 caps for the England national team.Butt was born in Gorton, Manchester and started playing in Manchester United’s youth team, becoming part of Alex Ferguson’s group of young, talented players nicknamed ‘Fergie’s Fledglings’. Butt turned professional in 1993, and his career began to take off in the 1994-95 season where he played 35 games in all competitions.

From that point onwards Butt became an integral part of Manchester United’s line up in a team that dominated English Soccer at the time winning numerous major trophies.After 12 years in United’s first-team Butt moved to Newcastle United in 2004, with a spell playing for South China , winning the Hong Kong League Cup before his retirement.Butt’s ties with Manchester United remained strong after his playing career, and it was no surprise when he returned to the club, first as coach then most recently as head of first-team development in 2019. Butt is also a co-owner of Salford City alongside fellow Manchester United legends RyanGiggs, Paul Scholes, and Gary and Phil Neville 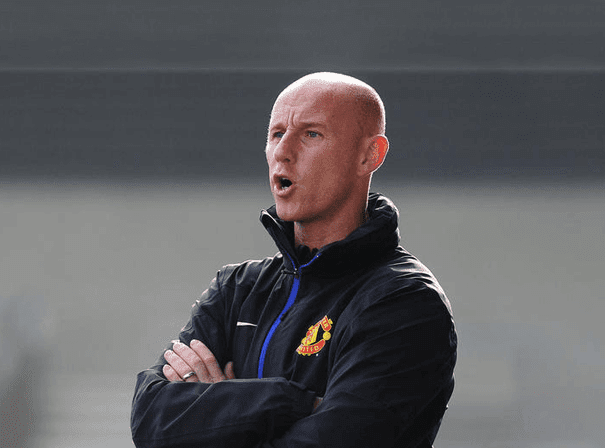