As the highest-ranking woman in the British Army from 2009 until her resignation in 2012, Brigadier Nicola Patricia Moffat CBE, also known as Nicky Moffat, is now an inspirational speaker and leadership consultant who draws on her 27 year career in the Armed Forces to offer professional expertise in core training, leadership and delivery roles. Moffat has also appeared as commentator on local and national media on shows including Woman’s Hour, BBC Breakfast, Today Programme and Newsnight. She acted as Military Advisor for the English National Opera’s rendition of Benjamin Britten’s War Requiem, and was an on-screen contributor on the living history series Secret Agent Selection: WW2/Churchill’s Secret Agents, which resurrected the training programme of World War Two’s Special Operations Executive. She was appointed Commander of the Most Excellent Order of the British Empire (CBE) in 2012, and two years later the BBC chose her as one of their inspiring and influential 100 Women in 2014.

Moffat started her military training at Royal Military Academy Sandhurst in 1985 before joining the Women’s Royal Army Corps after university, and she worked hard throughout her army career to reach the rank of Brigadier in 2009, making her the most senior woman in the Army. Responsible for delivering major business change and for the leadership and standards of 4500 soldiers, Moffat also had a stint as military private secretary to Minister of Defence Geoff Hoon and was Head of Pay and Strategic Planning for the Armed Forces.

A positive role model to other women, Moffat has a strong interest in inclusive leadership and now helps provide inspiration and practical advice for anyone striving to reach their full potential. 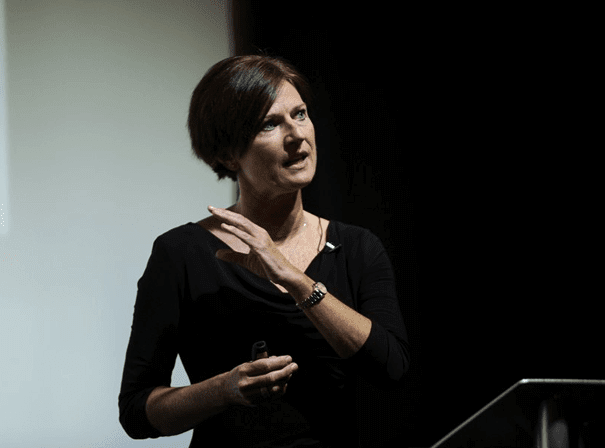