Nicolas Pépé is a professional footballer who has spent the last three seasons with Premier League giants Arsenal, making over 100 appearances for them in all competitions and scoring 27 goals. He won the FA Cup with them in 2020 and was named to the UEFA Europa League Squad of the Season for 2020-21. Although born in France, he represents the Ivory Coast at international level and has won over 30 caps for them since making his debut in 2016. The team sadly didn’t qualify for the 2022 World Cup, but Pepe was included in the 2021 Africa Cup of Nations Squad of the Tournament.

Pépé was born in Mantes-le-Jolie, France, in May 1995. His football career began with him playing in goal for a local side, a position he held until he was 14 when his father’s work took the family to Poitiers, where he became an outfield player for Poitiers FC. He made his professional debut with Ligue 2 side Angers in 2014 but soon went on loan to Ligue 3 side Orleans, helping them to win promotion in 2016. In 2017, he moved to Lille for €10 million, and it was them that he truly established himself. In his two seasons with them, he scored 37 goals in 80 games, was named their Player of the Season, twice named the UNFP Player of the Month, and was awarded the Prix Marc-Vivien Foe in 2019 (given to the best African football player in France).

Unsurprisingly, other clubs began trying to buy him, and Arsenal eventually managed it in August 2019, spending a club record £72 million for his services. He soon settled into the team and has remained with them ever since. 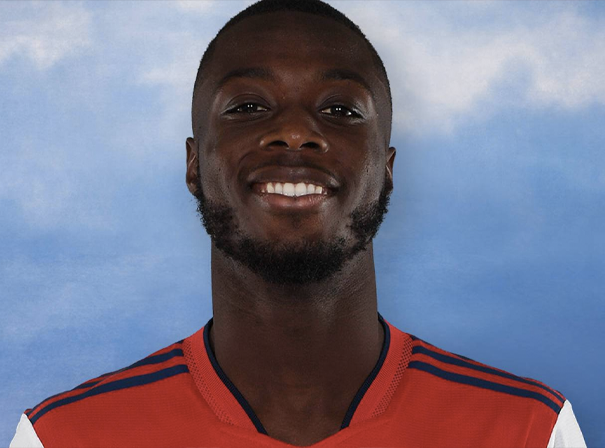