The incredible athlete Nina Derwael is an artistic gymnast, who generally competes on the uneven bars. She is the 2020 Olympic champion, a 2x World champion, a 2x European champion, and a Gold medalist from the European Games. She also competed and won season three of Belgium’s reality TV talent show Dancing with the Stars.

Born and raised in Belgium, Derwael began artistic gymnastics when she was two-years-old, and by the time she was 11 she was practicing at the Belgian national team training centre in Ghent. Her junior career kicked off at 13 with her international debut at the 2013 Elite Gym Massilia in France where she competed on the uneven bars. The following year she won the Bronze medal in the all-around, and the Silver on the uneven bars. In 2015 at the Belgian Championships she won Gold in the all-around, on the uneven bars, balance beam, and floor exercise, as well as the silver medal on the vault.

Derwael regularly connects with her hundreds of thousands of followers and fans through TikTok, Instagram, Facebook, and Twitter, posting pictures and videos of her gymnastic life. 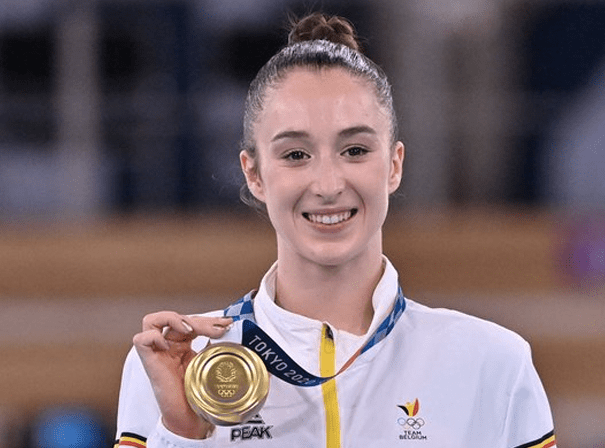