The legendary athlete Oksana Chusovitina is an artistic gymnast, who has been competing since 1988. Over her remarkable career she has represented the Soviet Union, Uzbekistan, and Germany. She has competed at eight Olympic Games, winning a Gold and a Silver, and is a 11x World Championships medalist, who also holds the record for the most individual World Championships medals won a single event – nine, on the vault.

Born and raised in the former Soviet Union, Chusovitina began gymnastics when she was seven-years-old. By the time she was 13, in 1988, she had won the all-around title at the USSR National Championships in the junior division. She became a vital member of the Soviet team, and competed at events across the globe up until 1992, winning a Team and an individual Gold and a Silver at the 1991 World Championships. After the 1992 Barcelona Olympics, and winning a Team Gold medal, she started representing her home republic of Uzbekistan, going on to claim a Gold, two Silvers, and two Bronzes for the vault between 1993 and 2005 at the World Championships. She also represented them at the 1996, 2000, and 2004 Olympic Games.

From 2006 Chusovitina started representing Germany (after gaining citizenship), and went on to claim a Bronze and a Silver World Championships medal, as well as an Olympic Silver at the 2008 Beijing Olympics, and a Gold, two Silvers, and a Bronze at the European Championships between 2007 and 2012. She also competed for them at the 2012 London Olympics. Announcing she was retiring from gymnastics, she eventually decided to carry on and returned to representing Uzbekistan. She took part in the 2016 Rio Olympics (setting a record as the oldest gymnast to ever compete at the Olympic Games – at the age of 41 and 2 months – and the only gymnast ever to compete in seven consecutive Olympiads). She then took part in the 2020 Tokyo Olympics, and has set her sights on taking part in the 2024 Paris Olympics.

Chusovitina regularly connects with her legions of followers and fans through Instagram, posting pictures and videos of her life around gymnastics. 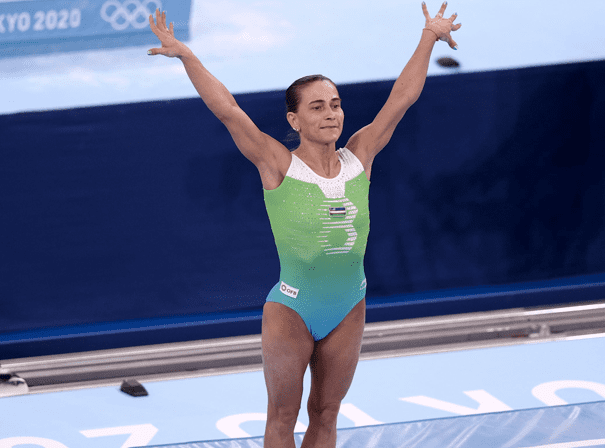