Most Olympians have a story to tell, but few can compare to Australia’s Olivia Vivian. A World and Commonwealth Games Champion, Vivian has stood at the top of some of gymnastic’s toughest competitions. Born and raised in Perth, Vivian had aspirations early on to compete for her country. After taking home the silver from the Glasgow Commonwealth Games, Vivian flew high after her time on the podium. Now thriving on the “Australian Ninja Warrior” stage, Vivian is about to set the world ablaze.

Accomplishing her Olympic dream in 2008, Vivian thought she had established her life’s goals. It was there that Vivian helped secure her team’s sixth place overall standing in the competition. From there Vivian re-set her course and began her collegiate career with the Oregon State Beavers. A PAC-10 Co-Champion on uneven bars and PAC-10 Conference Champion, Vivian was in a league of her own. Vivian’s appearance at the 2014 World Artistic Gymnastics Competition would be her last at competitive level before joining the remarkable Cirque du Soleil.

Throughout her time on some of sport’s grandest stages, Vivian had fought with her mental health, breaking her back and the loss of her father. Facing down adversity, Vivian joined “Ninja Warrior.” As if she could breathe again, Vivian found her feet on the adrenaline-fuelled competition show. There, she has brought home the gold for Team Australia in “American Ninja Warrior” USA vs The World,” as well as from the Moscow Ninja World Championships. With appearances on “The Celebrity Apprentice Australia” on the horizon, the world is about to see Vivian soar. 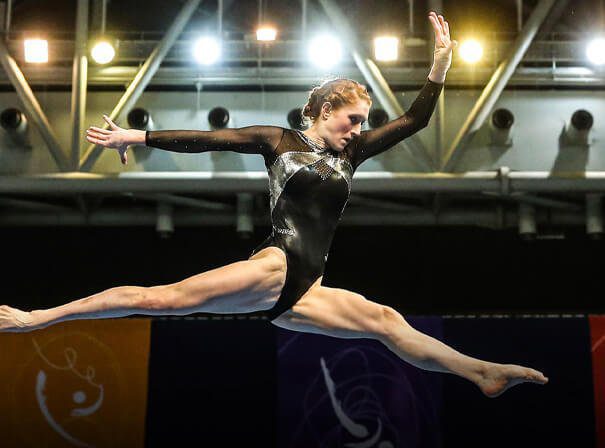