Orianthi Penny Panagaris is a musician, singer-songwriter, and guitarist. She worked with Alice Cooper’s band while on tour and played a major role alongside Michael Jackson in 2009 for his “This Is It” concert series. Her first song, “According to You,” reached No. 3 in Japan, No. 8 in Australia, and No. 17 in the United States in 2009, and her second album, “Believe,” was released internationally in late 2009. Elle magazine named her one of the “12 Greatest Female Electric Guitarists” the same year. She also earned Guitar International magazine’s “2010 Breakthrough Guitarist of the Year” award.

Carrie Underwood recruited Orianthi to join her band after she performed as her lead guitarist at the 51st annual Grammy Awards in February 2009. Orianthi then became Michael Jackson’s lead guitarist, and she was present at all of his “This Is It” show rehearsals prior to his death. Orianthi was also featured in the film of the same name. She gave Jackson a posthumous award at the 2009 American Music Awards. “We Are the World 25 for Haiti,” which Jackson co-wrote and performed in part, features Orianthi. She played guitar on Michael Jackson’s song “Monster,” which was released in 2010 and featured 50 Cent.

“Believe,” was Orianthi major-label debut. Her song “Suffocated” was featured on “Guitar Hero: Warriors of Rock,” and her dynamic rock instrumental “Highly Strung” with Steve Vai became a popular YouTube video with over 12.8 million views. Orianthi then released a four-song EP, which featured the hits “Shut Up and Kiss Me” and “Courage.”Orianthi has performed with other celebrities such as Michael Bolton, Dave Stewart, Richie Sambora, and James Durbin as a guitarist. She performed at the Kennedy Center Honors Gala to pay tribute to Carlos Santana. She created BeMyBand. 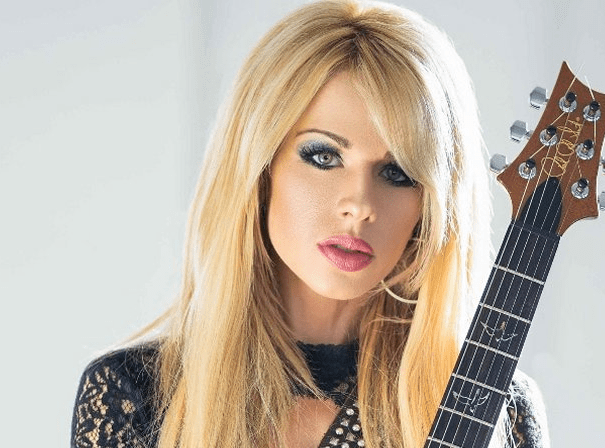