Irish actor and producer Packy Lee is best known for his performance in the award-winning historical British crime drama Peaky Blinders. Portraying the character of Johnny Dogs, a close friend of the main character and criminal mastermind, Thomas Shelby (Cillian Murphy), he brought a touch of humour to the often dark, gritty series, swiftly becoming a fan favourite. Lee has also starred in Terry George’s The Shore, a short about two friends reuniting after 25 years that took home the 2012 Oscar for Best Live Action Short Film. With over 20 years in the business, he has impressed in many other notable performances, including Sears in The Frankenstein Chronicles, Teeth in Clean Break, Eamon Moorehouse in King of the Travellers, Drew Johnstone Jr. In Murphy’s Law, and Craig Evans in The Bill.

The Belfast native decided to go into drama on a whim after football at his youth club got cancelled. He trained for several years while working, taking on minor roles at the Lyric Theatre in Belfast and London’s National Theatre, before making his first on-screen appearance in Roger Mitchell’s Titanic Town. Lee has also co-produced the short, ‘Guard,’ which picked up the bronze award for Best Short Film at the 2017 European Independent Film Awards.

Lee is set to appear as Mackers in the film A Good Woman Is Hard to Find in 2019. Fans are also eagerly anticipating the latest season of BBC’s Peaky Blinders. 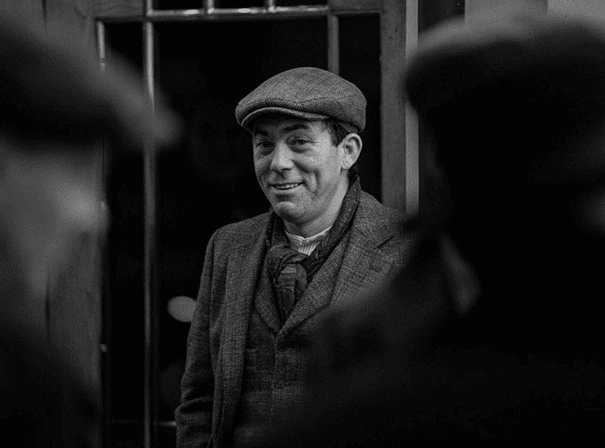