World-renowned music, film and television star Patricia “Patty” Manterola is one of Mexico’s most loved artists. Perhaps best recognised for playing Delia Guadalupe Zaldívar in the popular Mexican sitcom, Renta Congelada, Manterola is in a league of her own. Born and raised in Mexico City, Manterola showed a strong passion for music and entertainment as a child. By eight years old, Manterola landed the lead role in Anita la Huerfanita before joining the sensational music group Garibaldi. While with the band, Manterola toured the world and performed throughout Latin America, the USA and Europe. Breaking away from the band, Manterola launched her highly successful solo career with her debut album Hambre de Amor. With Manterola’s newfound notoriety, transitioning into acting came naturally. Now a celebrated telenovela actress and host, Manterola is taking the world by storm.

Throughout her illustrious career, Manterola has received several accolades to her name. While playing Lorena on Acapulco, Cuerpo y Alma, she won a TVyNovelas Award, which was soon followed by a TVyNovelas Award nomination for Best Lead Actress for her work on Apuesta por un Amor. Transnationally, Manterola’s US breakthrough came with HBO’s Arli$$, Souvenir, The Dukes of Hazzard: Hazard in Hollywood and Carman: The Champion. Further work includes The Singer, The Perfect Game, The Nation of Butterflies, to name a few.

Alongside her incredible acting career, Manterola still shines on the performance stage. The Viña del Mar Festival queen has released eight studio albums, including A Mis Reinas, Ya Terminé and Niña Bonita. Her single Que El Ritmo No Pare became the official song at the 2002 Cycling Tour of Spain and the FIFA World Cup Korea. She is also a prolific theatre actress and has starred in Divinas and Una Pareja en Aprieto. With a range of projects in the works, including Mira Quién Baila, Manterola will be entertaining audiences for years to come. 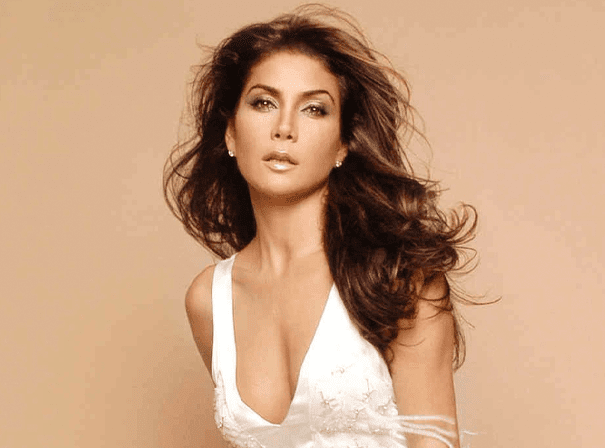