Paul Jagger was a quarter-finalist on The Great British Bake Off 2015 and has earned himself the nickname as ‘The Baking Governor’, as he is a serving Prison Governor in Swansea. Paul received the only Special Commendation for his famous Bread Lion on Bake Off, which has had huge media coverage. Recently Paul won the Great Christmas Bake Off and showed his versatility in patisserie. He has baked brownies for Princess Anne when she visited his place of work in Swansea.
He is a totally self-taught baker, has a passion for bread making and for intricate sugar work. He was also a Queen’s, Coldstream Guard and believes Real Men Cook, and wants to show that at any age you can start baking and has the ambition to carry on teaching this passion.

Baking, and bread making has become something he really loves to teach. He has been demonstrating his skills in food festivals all around England and Wales since 2015. He has been asked to do special commissions of bread Sculptures for the Cake and Bake Shows in London and Manchester in 2016. Paul is also Homepride Flour’s Strong Bread Flour’s ambassador and is a tutor for masterclasses on breads in Claire Clarkes’ Patisserie Academy. He was recently commissioned by KWS, one of the world’s leading seed producers, to produce a baked astronaut sculpture promoting the launch of Zyatt, an impressive bread-making grain that produces fantastic results. 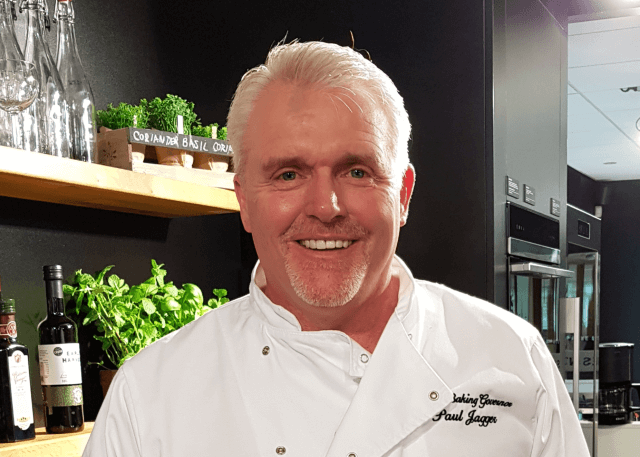