Paul McDermott has been credited as a musical performer, painter, television personality, comedian, writer, and more. He’s happiest when he can combine his passions in one career, like when he traveled internationally for a decade with his musical comedy group, Doug Anthony All Stars, which reached prominence in the eighties and recently reunited in 2014.

With DAAS, McDermott wrote most of their performance material and painted their backdrops, co-wrote books with them (BOOK, DAAS Kapital, and Trip), released discography, and even went on to get their own show on ABC: DAAS Kapital after many features on another ABC program, The Big Gig. They became well recognized, opening for the Barcelona Olympics and earning nominations for a Perrier Award.

Outside of DAAS, McDermott has even more publications. He was a columnist for The Age, The Sun-Herald, The Sydney Morning Herald, and The Weekend Australian, where he hand-selected some of his best entries to publish in a compilation book, The Forgetting of Wisdom, his first independent release. Along with that, he wrote two children’s books, The Girl Who Swallowed Bees and The Scree, both of which he adapted into short films where he directed, painted all the animations, acted, and wrote the script. Both of these short films reached high acclaim: The Girl Who Swallowed Bees won best short animation at the Australian Film Institute Awards while The Scree won best film at Flickerfest International Short Film Festival.

His writing doesn’t end there: he co-wrote two books with the writers of Good News Week, a TV show he hosted for eight years on ABC. During his time on the program, he was nominated for a Gold Logie Award for Most Popular Personality on Australian Television, and also hosted two spinoffs, Good News Weekend and GNW Night Lite. 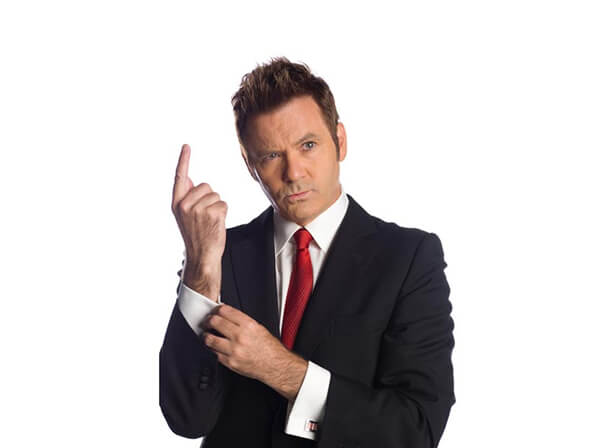