Hailing from Ballywater in County Down, Northern Ireland, Paul Rankin is a celebrity chef who is a popular and regular face on UK television. It was back in 1989 that Paul opened his first restaurant, Roscoff, and it went on to be the first win all of Northern Ireland to pick up an illustrious Michelin Star. Proving popular with the Belfast arts and business community, it often had customers travelling from all over Ireland to try the fine dining experience. Since then Paul has had a huge influence on cuisine, cooking and the restaurant scene in Northern Ireland and has inspired man chefs to take up the career. Many of them came up and got experiences from working in Roscoff.
Rankin has since become a very popular star on UK TV and first came to prominence on the Gourmet Ireland series that was shown in the BBC and RTE. He has also been a regular face on the hit BBC 2 show Ready Steady Cook and picked up his first Michelin star in 1999. Next to his cooking career, Paul has also put out five great cook books and spent time running a chain of restaurants and cafes called The Ranking Group. He has been on TYV shows like The X Factor: Battle of the Stars, next to other chefs including Jean-Christophe Novelli, Aldo Zilli and Ross Burden. He has also appeared on the TV programme Put Your Money Where Your Mouth Is so is a real star chef who adds great value and excitement to any occasion. 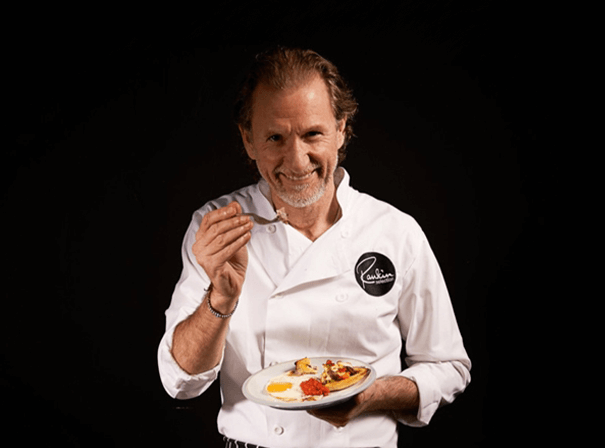