A veteran of five Paralympic games, Nova Scotia’s Paul Tingley won one gold medal and two bronze medals representing Canada at Games held between 2000 and 2016. Now retired from competitive sailing, he works as a Recreation Consultant for the Community, Sport and Recreation branch of local government in Nova Scotia. He also worked as a Parasport Coordinator for Sport Nova Scotia for five years.

Tingley was born in 1970 into a sport-obsessed family and loved sailing and skiing from a young age. However, an accident in the latter pursuit in his early twenties left him paralysed from the waist down. At a friend’s suggestion, Tingley relocated to Victoria to try para-sailing, and before long, he had qualified for the 2000 Paralympic sailing team. With his two teammates, he returned from Sydney with a bronze medal in the Sonar event. At the 2008 Games in Beijing, he bettered that by winning gold in the 2.4-metre category. At his final games, in Rio de Janeiro in 2016, he won Sonar bronze again. He also won the Sonar category at the 2016 Miami World Cup.

By the time he retired in 2016, he was regarded as one of the best competitive sailors in the world among sailors of all abilities. 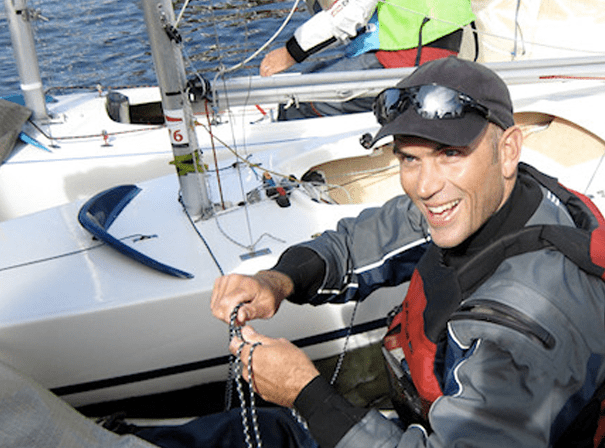