Even though Peter Coyote has acted in over 120 films and plays, he’s best known for his voiceover work: whether he’s “The Voice of Oscar” for the Academy Awards, announcing the Winter Olympic Games, or narrating one of Ken Burns’ countless documentaries, Coyote’s voice is in demand. He’s won multiple Emmy Awards for his work in PBS’s The Pacific Century and The Roosevelts, and has since narrated various films, audiobooks, and commercials.

Coyote’s always been an entertainer: at the beginning of his career, he co-founded the improv group, The Diggers, appeared frequently with the San Francisco Mime Troupe, starred/directed the national tour of The Minstrel Show, and co-wrote the award-winning play, Olive Pits. He went on to star in the world premiere of True West at the prestigious Magic Theatre. From there, he was discovered by an agent and landed his film debut in Die Laughing.

Shortly after, Coyote starred in shows like The Inside, The 440, and ABC’s Commander in Chief, and he recurred in Law & Order: LA. Even if Coyote was only onscreen for an episode, he made a lasting impression: his guest-star appearance on Road to Avonlea led him to another Primetime Emmy nomination. As for the big screen, he’s appeared in blockbuster hits with star-studded casts, such as Jagged Edge, A Walk to Remember, Patch Adams, Erin Brockovich, and Steven Spielberg’s E.T. the Extra-Terrestrial.

Off-screen, Coyote’s penned a few books. His award-winning memoir, Sleeping Where I Fall, was a best-seller with several reprints. Additionally, he’s served as chairman for the California Arts Council three consecutive years, and he founded Project Coyote, a non-profit aiding wildlife conservation. For the latter, he’s helped pass conversation laws, and has worked in association with National Geographic 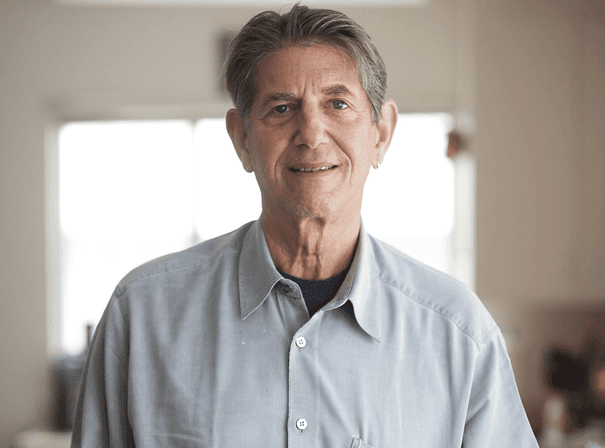