Rachel Ann Daly is an English Soccerer who plays for the US club Houston Dash as well as the England national team. The Houston Dash of the NWSL selected Daly as the sixth overall pick in the 2016 NWSL College Draft. After scoring a goal and an assist in the Dash’s 3–1 win over the Chicago Red Stars, the NWSL Media Association named Daly Player of the Week for the opening week of the season. She scored four goals and added four assists in 16 games for the 2016 season.

For the 2017 season, Daly returned to the Dash, participating in 23 games and scoring five goals. The Houston Dash announced in November 2017 that Daly had signed a new deal with the team. Daly was selected Player of the Week for Week 9 of the 2018 season, as well as Player of the Month for May. She started each of the Dash’s 24 games and scored a career-high ten goals. She was named to the NWSL Second XI for the 2018 season after being voted team MVP.

Before the 2020 NWSL Challenge Cup, Daly was selected captain of the Dash. The Dash won the Cup for the first time, defeating the Chicago Red Stars 2–0 in the final. Daly earned the tournament Golden Boot and was named tournament MVP. Daly joined West Ham United on a season-long loan in September 3, 2020, which ended in January 2021. For England, Daly appeared in four World Cup qualification games in 2018, helping the team win their group and qualify for the 2019 World Cup. She also helped England win the 2019 SheBelieves Cup, appearing in two games and playing all 90 minutes in a 2–2 tie against the United States. 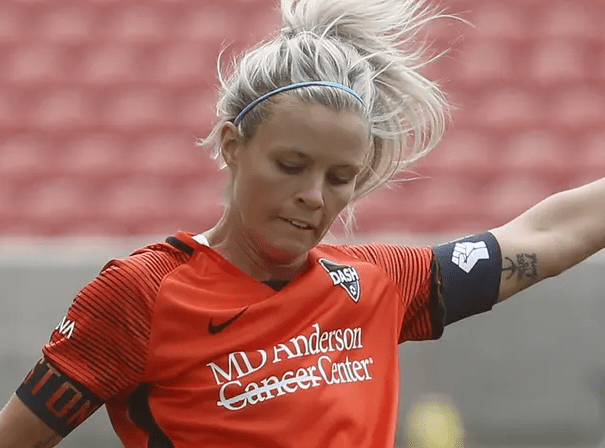