Still starring and scoring goals for top-flight teams 16 years into his professional career, Falcao is regarded as one of the greatest strikers of all-time. As well being the all-time top scorer for his native Colombia, his years with FC Porto, Atletico Madrid, and AS Monaco are the stuff of legend — in his first season with Porto, he scored 25 goals in a 28-game season. He currently plays for Galatasaray in the Turkish Super League and began the 2020-21 season with five goals in six games, proving he still has that magical touch.

Falcao was born in Santa Marta, Colombia. He played in his first league game for second-division side Lanceros Boyaca when he was just 13 years old. Five years later, he turned professional with major Argentinian side River Plate. Before long, the club was fending off offers from major international clubs such as Inter Milan and Aston Villa. Eventually, he was sold to Portuguese champions Porto for €4 million. After two incredible seasons, during which he scored an incredible total of 72 goals (including a record-breaking 17 goals in one Europa League campaign), he was sold to Atletico Madrid in a deal worth €50 million, making him the club’s record signing. His goal-scoring form continued, leading the Spanish press to call Falcao the greatest signing of the 21st century.

Falcao later made a big-money move to AS Monaco (€60 million), scoring 21 goals in 29 games during their Ligue 1-winning season of 2016-17. He then spent time in the Premier League playing for two of the country’s biggest clubs, Manchester United and Chelsea, before settling at Galatasaray in 2019. 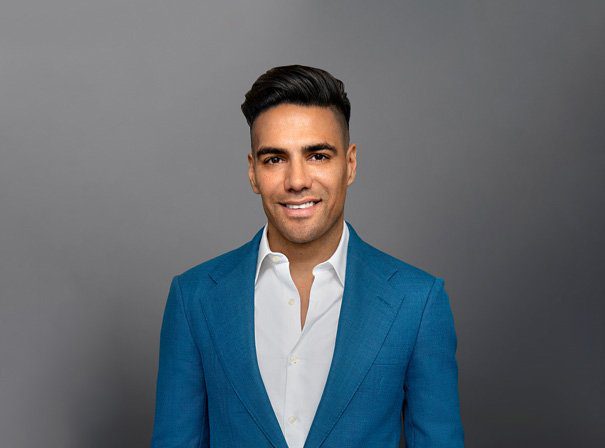