Rising star Reece Bibby is famous as a member of the up-and-coming band New Hope Club and for his appearance on UK talent show the X-Factor. The trio’s self-titled debut album smashed into the Top 5 on the UK Album charts and the band have already completed their first ever World Tour in 2019 visiting the US, Bangkok, Thailand, South Korea and Europe. The band has also supported British Rock/Pop sensation The Vamps on several tours in Europe and the US.

Born in Accrington, Lancashire, Bibby is a multi-talented singer and musician who plays guitar, cajon, drums and bass. He got his big break in 2014 on the 11th season of the X-Factor where he wowed judges with a stunning version of Latch and Sam Smith’s ‘Disclosure’. Whilst on the show he joined boy band Stereo Kicks, and the group finished in fifth place and went on to release a debut track ‘Love Me So’ in June 2015. The group split shortly after and in November 2015 Bibby joined George Smith and Blake Richardson in New Hope Club. A month later, British pop/rock band The Vamps signed New Hope Club to their record label Steady Records and released their first EP Welcome to the Club in May 2017. In 2018 New Hope Club played their first headlining shows in London at the O2 Shepherd’s Bush Empire, and also released two songs from the soundtrack to the movie Early Man. Later that year their music video for ‘Medicine’ became the fastest music video in history to top 1 million YouTube views.

Since then Bibby and his fellow bandmates have seen their career reach stratospheric new heights, and their popularity continues to soar at the start of the new decade. 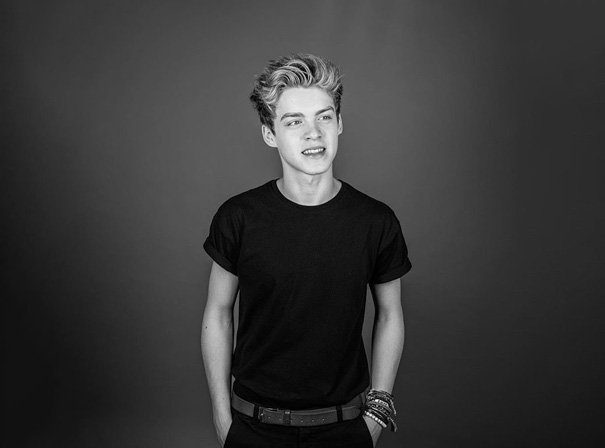