Ricky Muscat is an Australian singer-songwriter who has appeared on not just one but two major reality talent contests. He first came to the public’s attention in 2006 when he finished in the top five of Australian Idol. 14 years later, he returned to television as a contestant on The Voice Australia. He elected to join Boy George’s team and made it through to the Battle rounds. But Muscat is far more than a flash-in-the-pan reality personality. He is a successful performer and musician who has won awards from the Australian Songwriters Association (including Ballad of the Year and Best Live Performance) and has supported the likes of Ashanti and Maxi Priest at their shows in Australia.

Muscat’s time on Australian Idol in 2006 was noticeable for the diverse range of material he performed, covering everything from Usher to the Bee Gees to Franz Ferdinand to Chicago, his knowledge of older material stemming from his days singing ‘60s hits with his father for customers in a local pub. Despite not winning the show, Muscat remained committed to music, working with his band, MUSCAT, and performing live across Australia, opening for big-name acts. By 2014, he had also become general manager and senior coach at Vocals Art Studios in Victoria.

In 2020, Muscat re-entered the talent contest arena by performing a blind audition for The Voice. He turned the chairs of Boy George and Kelly Rowland, ultimately opting to go with the former. Despite already having achieved award-winning success and national radio play, his time on the show didn’t do his reputation any harm, and he charmed audiences with renditions of classics such as Santana’s ‘Maria Maria’. 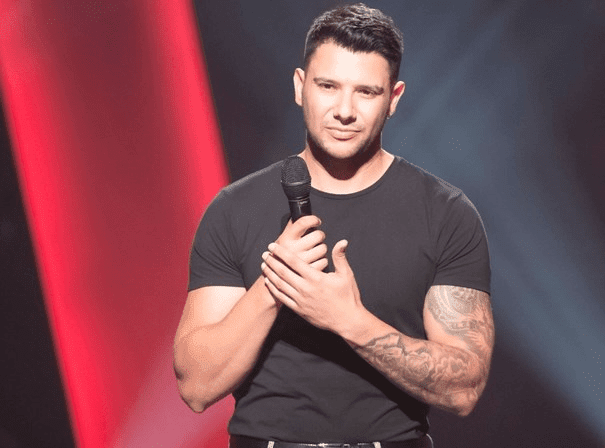