Inspirational fitness expert Robin Amelia Arzón is an American ultramarathon runner, an Instructor at Peloton and the Vice President of Fitness Programming. She is the author of New York Times Best Seller Shut Up and Run and an in-demand keynote speaker who has entertained audiences at several Fortune 500 company events. She has run more than 25 marathons, three ultramarathons of 50 miles each and one incredible 100 mile race.

Born in Philadelphia, US, Arzón’s Puerto Rican father and Cuban refugee mother encouraged her to focus on family and education, and she attended New York University followed by Villanova University School of Law. She intended to follow her father’s footsteps into a law career, but a traumatic event changed her life forever. Arzón was taken hostage with 40 other people in a wine bar in East Village, Manhattan. At one point Arzón was held with a gun to her head whilst the assailant communicated with police, and although she escaped the ordeal mostly unharmed physically, the trauma inspired her to begin running for the first time ever. One year later, she entered her first 10k run and fell in love with running, fitness and health, deciding to change her career forever.

Arzón co-founded Undo Ordinary fitness movement in 2013, and is now a global Adidas ambassador, starring in the brand’s Here to Create campaign in 2016. In 2015 she took part in National Geographic Channel’s series MYGRATIONS where 20 elite American athletes and survivalists trekked the annual wildebeest migration from the Serengeti Plains to Massai Mara, Kenya. 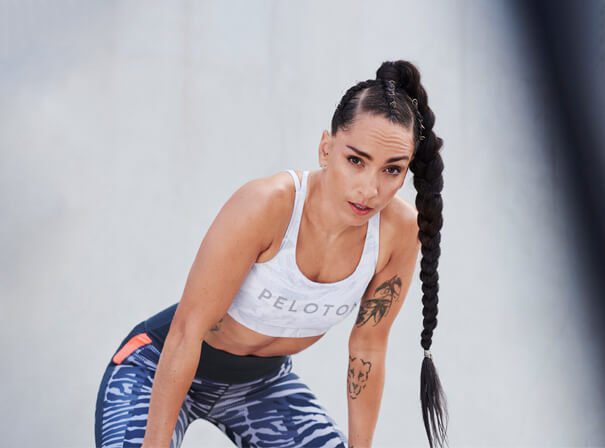