A country music star that blends everyday appeal with the driving sound of Tim McGraw, Rodney Atkins has racked up numerous country chart-toppers. Atkins burst onto the scene with ‘If You’re Going Through Hell (Before the Devil Even Knows)’ in 2006, a track that earned him a Top New Male Vocalist award from Academy of Country Music. In the following two years Atkins notched up five number one country hits including the emotional smash ‘Watching you’. Atkins rise to the top took a full decade after first signing a deal in 1996, but since making it the well-loved country star has continued to flourish, with recent hits including ‘Caught Up in the Country’, a collaboration with the Fisk Jubilee Singers in 2018.

Raised in Claiborne County, Tennessee, Atkins began to play music at high school. Whilst enrolled at University he decided to follow his true calling and headed to Nashville to pursue a career in country music in the mid-1990s. Atkins began to record singles in 1996 after signing for Curb, and enjoyed moderate success with the likes of 1997’s ‘In a Heartbeat’. After moving in the direction of more mainstream country-pop in the mid 2000s, he finally hit the big time with ‘If You’re Going Through Hell (Before the Devil Even Knows)’ and followed up with hits ‘Watching You’, ‘These Are My People’ and Cleaning This Gun (Come on in Boy)’.

After a slower spell musically, Atkins began to release music again in 2018 and scored a hit with ‘Caught Up in the Country’, followed by his 2019 album of the same name. 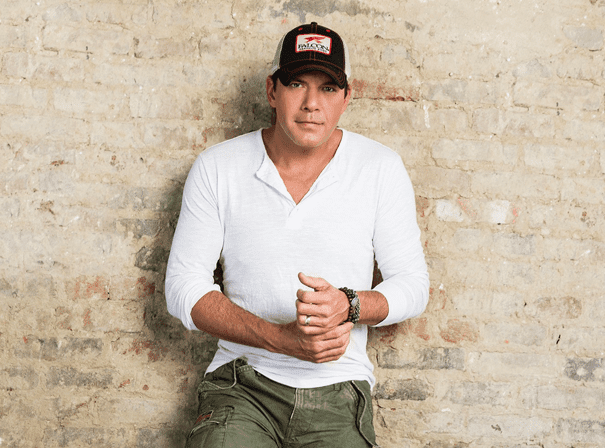