Roger Daltrey is a legendary singer and musician, known best for forming the band, The Who. After getting the band together in 1961, Daltrey never could have guessed how famous the band would become. He also had a successful career as a solo artist, releasing ten albums on his own. He has also dabbled as an actor.

Daltrey’s success began four years after he formed the band when The Who’s first album earned a record deal. He briefly left the band for a while, but he returned stronger than ever. He allowed himself to take centre stage, focussing on being the band’s frontman rather than writing the music himself. His persona transformed rock and roll at the time, introducing signature moves such as swinging his microphone around by its cord.

Daltrey’s success with The Who continued, even as he devoted time to other projects. He starred in the 1975 movie, Tommy, as the title character, and earned himself a nomination for a Golden Globe. After The Who retired from touring in 1983, he began to dedicate more time to his acting, and appeared in shows such as Highlander and The Simpsons.

Music remained at the heart of Daltrey’s career, however. He found passion in The Who, but also in his solo career, and in collaborations with artists such as Freddie Mercury and Elton John. He last released new music in 2018. 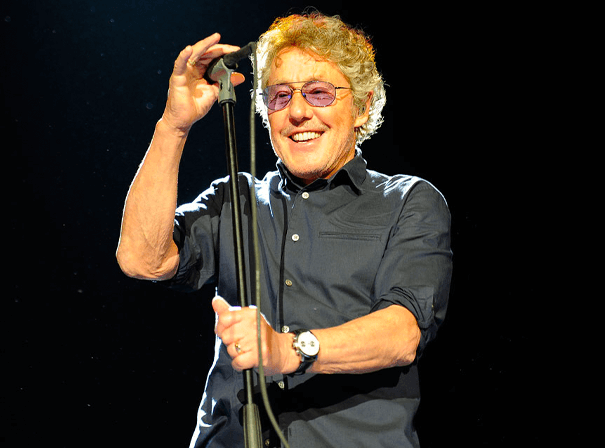