The renowned US journalist and award-winning sports broadcaster Ron Barr was responsible for the launch of the first national sports radio network.

Having begun his journalism career at the Washington Post, Barr went on to land a role as a freelance reporter for ABC Sports. Entering the world of broadcasting with a sports segment on the evening news in Boston, Barr’s career continued to take off as he hosted half time and post-game shows for CBS Sports, KIRO television and later as a sports anchor at KRON Television. Having reported at over 30 Super Bowls and 5 Olympic Games, Barr is also a regular broadcaster at NBA basketball, NFL football, Major League Baseball, professional tennis and both college and other major sporting events across the country. Following his success as one of the country’s leading sports journalists and broadcasters, in 1988 Barr launched Sports Byline USA, the first national sports radio network. Heard on 200 US radio stations and with over two and half million listeners, it is the largest sports talk show in America. Listened to worldwide by American Forces Radio Network stations, Barr has broadcast the show from country’s including Iraq, Afghanistan and Guantanamo Cuba, making him the first sports broadcaster to host a sports talk show live from a combat zone.

An award-winning broadcaster, Barr was awarded an Emmy his television feature From San Quentin to Candlestick, following the journey of a young prison convict’s dream to try out for the San Francisco Giants. Barr’s voice is familiar around the world having been featured on numerous EA Sports video games including NHL Hockey and FIFA Soccer. 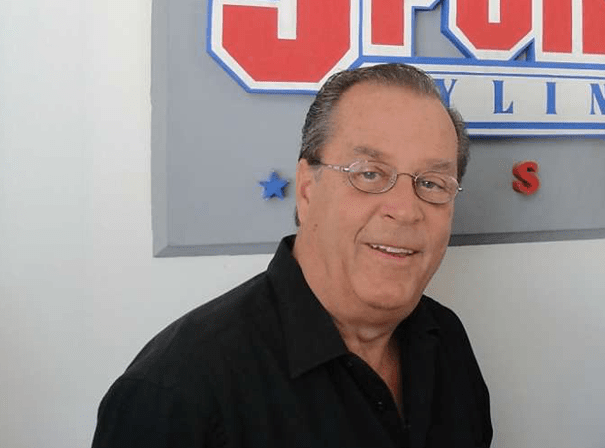