Ronnie Mac is best known for both his dirtbike riding career and his mysterious identity – rarely taking off his helmet on any social media and adopting an All-American type personality that consumers love. Mac has made a huge name for himself on the social media scene, having over 835 followers and achieving high levels of interaction as his fans love to tell him when they’ve spotted a link to his dirtbike persona Ronnie Mac 69. Ronnie is sometimes even referred to as Uncle Ron due to the fact his charming, engaging personality is admired by all – especially those that love beer and getting down and dirty in the mud.

Mac is also an entrepreneur, offering his fans a wide range of merchandise that they can buy on his website, including t-shirts, accessories, masks, and graphic kits for motorcycles all with Mac’s signature eagles, American colours, and slogans on – all of which are extremely popular with Mac’s fans. Mac calls himself a “redneck narcissist” and his fans love the drama that he brings into their life, as charismatic as he is Mac is also an excellent dirtbike rider and his videos get upwards of 12 thousand views due to their daredevil flare. Mac is currently focused on keeping his fans entertained during the Covid-19 pandemic, posting amusing reaction pictures and videos which will spark joy in his followers. 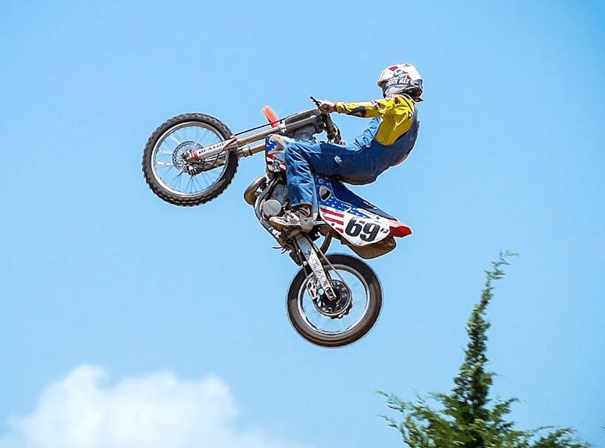