Football star Rosella Ayane is an attacker for Tottenham Hotspur. Ayane played for England at under-17 and under-19 levels. Between 2011 and 2012, she received seven caps and scored one goal. In 2014, Ayane made her England Under-19s debut, scoring the second goal in a 2–0 victory. A year later, she scored her second goal for England U19s in a 2–2 draw with Norway in a UEFA Women’s Under-19 Championship qualifier, which was replayed in exceptional circumstances due to a refereeing error. Ayane played 17 times for the U17s and U19s, collecting three goals along the way. She was later capped by Morocco at senior level.

Ayane began her professional career with Chelsea after graduating from the Centre of Excellence. She began her career in the Chelsea youth system, where she was a member of the league and cup-winning Chelsea U17 team in 2012. She made her first-team debut in August 2013 against Doncaster Rovers Belles. Ayane then joined Chelsea’s squad for the 2013 International Women’s Club Championship, where she played twice as Chelsea finished second. Ayane went on to loan spells at Milwall, Bristol and Everton. In a 3–0 win over Yeovil Town in July 2016, she scored her first Everton goal.

In August 2017, Ayane joined Apollon Limassol of the Cypriot First Division. In the opening match of Group 5 in the 2017–18 UEFA Women’s Champions League qualification round, she scored her first goal for the club in a 4–0 home victory over NSA Sofia. Ayane scored nineteen goals in nineteen games in all competitions in her debut season. In April 2018, she was named to the Players’ Team of the Season. In July 2019, Ayane joined newly promoted Tottenham Hotspur in the FA WSL. In December 2020, she scored her first goal against Aston Villa. 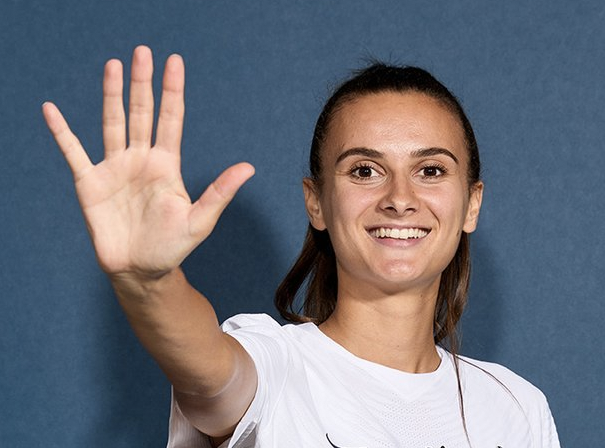