Rydel Mary Funk, née Lynch, is a hugely talented singer, musician, dancer and actress, known for her unique blend of beauty, sass and tomboyishness. She is also a founding member of the family pop rock group, R5. She married YouTuber Capron Funk, one half of the YouTube channel, The Funk Bros, in 2020. Aside from her music and acting, Lynch has a clothing boutique, Rydel, and writes a regular food blog.

Born and raised in Colorado, Lynch is one of five siblings. She was always interested in music and performing, and learned how to play the keyboard, double shaker and tambourine, as well as to dance, at a young age. She made her acting debut with her brother, Riker, in the 2008 dance movie, Sunday School Musical, and has appeared in a number of commercials and video shorts. Her other movie credits include School Gyrls, and the award-winning romcom, Colossal Youth. In 2009, she formed the group R5 with her brothers, Riker, Rocky, and Ross, and their family friend Ellington Ratliff, with her younger brother, Ryland, as their manager. They self-released an EP, Ready Set Rock, in 2010, and then signed a deal with Hollywood Records in 2013. After touring the West Coast, they released their first official EP, Loud. Since then they have toured extensively and have released and number of singles and EPs, as well as two studio albums, Louder, in 2013, and Sometime Last Night, in 2015. She and R5 won the Radio Disney Showstopper award at the Radio Disney Music Awards in 2014.

Lynch has a huge social media presence, regularly connecting with her millions of dedicated fans and followers through Instagram, Twitter, Facebook and TikTok. She also has her own YouTube channel, Rydel Funk, through which she regularly posts vlogs about her life, fashion, food, and, of course, music. 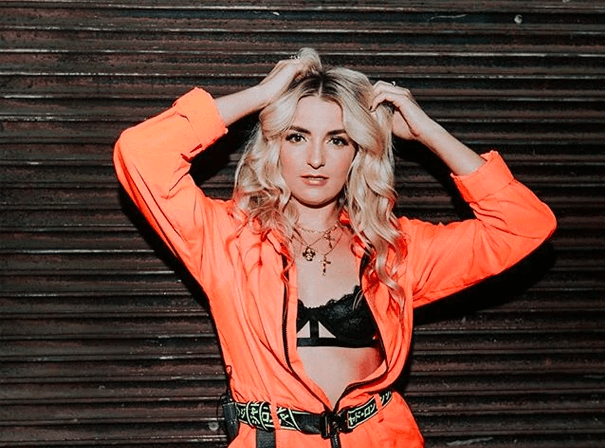