With more than 5 million followers across TikTok, YouTube, Instagram and Twitter, Sam Hurley is one of the most popular content creators of his generation. The young social media sensation first began creating videos on his ipad and immediately fell in love with content creating – and millions of followers fell in love with Hurley as he posted music, comedy and lip-sync content to different platforms. His TikTok account – which often features fellow social media stars Jaden Hossler and Josh Richards – has racked up over 3.7 million fans and his videos have been viewed more than 163.3 million times.

Hurley is also a standout track and field athlete won the Arkansas State Decathlon in 2021 and regularly competes in events for University of Texas Athletics. The multi-talented star opened his collegiate career winning the Clemson Invitational’s high jump clearing 2.13 meters, and he regularly posts updates about his athletics career on Instagram. Hurley originally hails from Texas, but later moved to Arkansas where his talents as a young track and field athlete first shone through.

Influenced by world-famous model, YouTuber and social media personality Jay Alvarrez, Hurley is now one of the internet’s biggest stars in his own right, and often uses his platform to promote worthy causes including when he teamed up for a Thanks and Giving campaign with St. Jude Children’s Research Hospital. 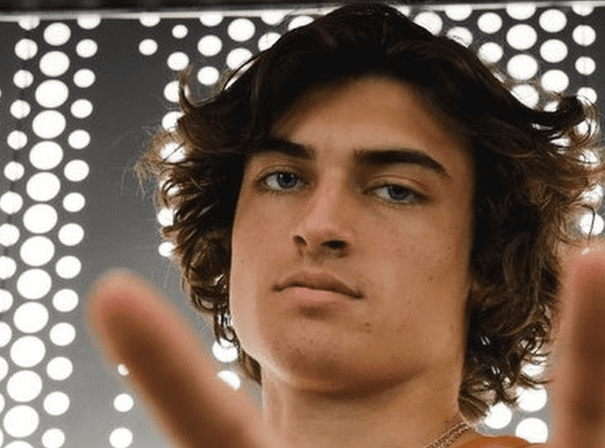