Sam Sunderland is a Dubai-based British rally raid motorcycle rider, known best for his participation and winning at the Dakar Rally. Sunderland began his professional career debuting at the Dakar Rally in 2012, riding a Honda, in which he brought big expectations after winning the UAE National Championship in both 2011 and 2012. Sunderland went on to become the first ever British rider to win a stage of the Dakar since John Deacon in 1998.

Sunderland has also participated in the Abu Dhabi Desert Challenge, signed to the KTM Team, placing a phenomenal second in the Morocco Rally. Not pleased with just second place, Sunderland went on to win the Morocco Rally and the Qatar sealine rally in 2016.The motorcycle rider went on to be awarded the Royal Automobile Club’s 2017 Segrave Trophy “for being the first Briton to win a Dakar Rally crown by winning the motorcycle category in 2017” and has has recently won the 2019 World Rally Championship.

Sunderland is now a part of the Red Bull Racing Team and regularly posts motorcycles using Red Bull’s logo to his fans, which receive upwards of 9,000 likes on his Instagram where Sunderland has over 165 thousand followers. Sunderland is a big fan of travelling, especially in warmer climates, and is known for his charismatic and determined attitude. 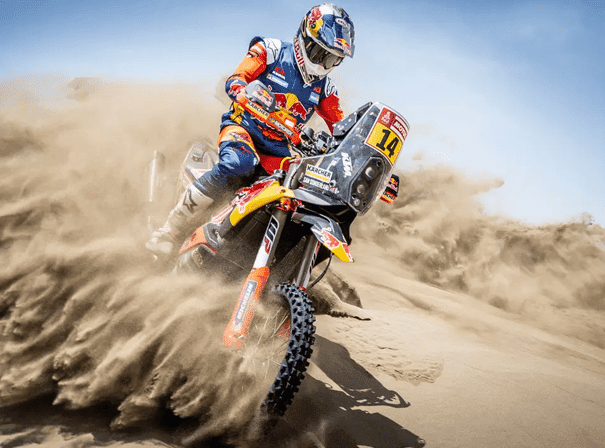