British-Danish born Sandi Toksvig is a multi-talented writer, broadcaster, journalist, TV presenter and political activist. She has presented prime time TV shows such as The Great British Bake Off and QI.

Toksvig was born in Denmark, but grew up predominantly in New York City where her father was a journalist. She graduated from Cambridge University with a First Class honours Degree, which is where she started her comedy career. She wrote and starred in the first all-female show at her college, and wrote material for the award-winning Footlights Revue. After leaving university, she started presenting children’s television shows and performing on the comedy circuit in London. She has since made appearances on numerous comedy quiz shows including Whose Line Is It Anyway?, Mock The Week, Have I Got News For You and as presenter of QI. Toksvig is also a well known voice on the radio, having been featured on I’m Sorry I Haven’t A Clue and The News Quiz. She has written several plays, such as Bully Boy and Silver Lining, both of which have gone on to tour the UK. She’s starred on stage at the Old Vic Theatre, the Barbican Centre and the Queen’s Theatre in London.

This relentless writer has written more than twenty works for both children and adults, as well as regular columns for Good Housekeeping, the Sunday Telegraph and The Lady. She is now a household name, having cemented her lovable and hilarious reputation as co-presenter of The Great British Bake Off. Outside of broadcasting, Toksvig is a political activist, having set up the Women’s Equality Party in 2015. She is a well-known advocate of gay rights, as one of the first women in the public eye to come out as lesbian. 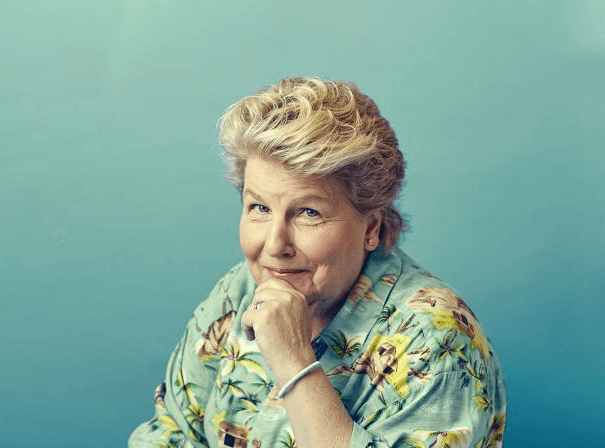