Scott Ian is an American musician, author and spoken word creator who is best known for being the only original remaining member of the thrash metal band Anthrax. Ian writes the entirety of the lyrics on their albums, as well as the rhythm guitarist, backing and additional lead vocalist. Ian has hosted The Rock Show on VH1, due to his love of rock and metal music, and has appeared in other shows such as VH1’s I Love the…series, Heavy: The Story of Metal and SuperGroup.

Ian embarked on his career in music after he witnessed KISS at Madison Square Garden, and has been influenced by British heavy metal bands such as Black Sabbath, Iron Maiden, Motörhead and Judas Priest. Ian went on to perform guitar for his wife’s band Pearl, who has toured with the likes of MeatLoaf, performing on the prestigious Jimmy Kimmel live. Iam is also the rhythm guitarist for the metal band the Damned Things, as well as a founding member of the crossover thrash band Stormtroopers of Death. In 2020, Ian played with experimental band Mr Bungle for seven reunion shows.

As well as music, Ian has endeavored on a number of creative ventures including writing and acting. Ian was invited by DC Comics to write a two-issue prestige-format comics series for the character Lobo, and has provided voice work for the Adult Swim show Metalocalypse, as the character “Some Guy Who Snuck Into Dethklok’s Trunk Last Night When They Were Pretty Hammered” in the “Season III: The Dead Man” opening episode “Renovationklok”, as well as providing guest voices in the episode “Tributeklok”. This led to Ian working on spoken word tours named Speaking Words and One Man Riot. The musician has also released his own autobiography, as well as a follow up book which features stories from musical celebrities such as Madonna and David Lee Roth. 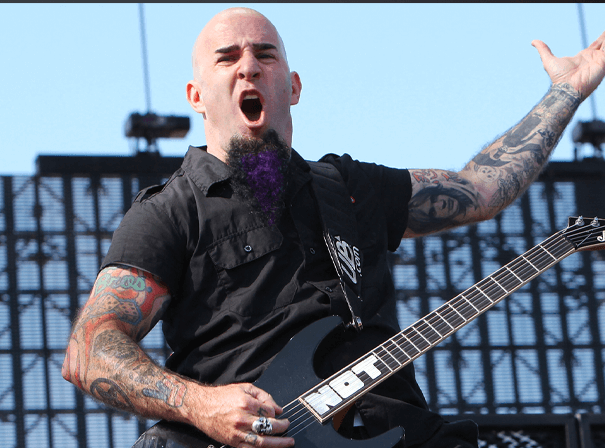