Changing career paths is common, but to switch from merchant banking to commercial radio is quite a leap. In Scott Tweedie’s case, it was the best decision he ever made. Today, after building a reputation across Australia as a versatile TV and radio presenter, he is living in New York, establishing his career there as the host of E! News Live and Pop of the Morning for the worldwide E! News network.

After ditching his merchant banking studies, Tweedie’s first media job was for radio station Nova 106.9 in his native Brisbane. In 2009, aged 21, he won his first TV role as presenter of Prank Patrol, a show on ABC’s digital children’s channel where kids, with the help of Tweedie and his “Ninjas”, played a prank on their chosen victim. His success in this role led to another ABC kid’s game show, Spamalot!, a medieval-themed version of the legendary Wipeout franchise. In 2012, he became a co-host of a new show for Network Ten, The Loop, which featured the week’s top 20 music chart, viral videos, and trending tweets. Tweedie would go on to host over 400 episodes of the show. In 2018, he joined the team of Network 10’s popular morning talk show, Studio 10, as a reporter. Before relocating to America in 2019, he also found time to film his first acting role for Australian institution Neighbours.

Away from television, one cause close to Tweedie’s heart is Project Futures, an Australian charity that aims to highlight and stop human trafficking. He has hosted numerous events for the cause and appeared in many of their promotional videos. 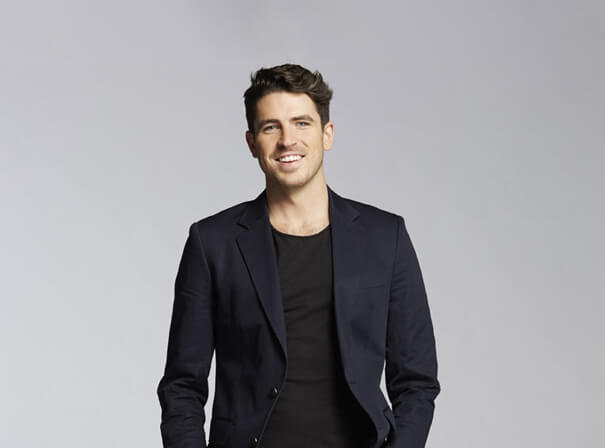