Sergio Ramos is a widely renowned Spanish professional Soccer player, who is best known as the captain for both Real Madrid and the Spanish national team, where he plays as a centre back. Ramos is regarded by many as one of the most impressive defenders of his generation, owing to his demonstrated skill and achievements over the years with both Real Madrid and Spain.

Ramos started his career at a young age with Sevilla’s youth academy and went on to spend two seasons with the senior side, before signing with Real Madrid in 2005. With Real Madrid, he has won five La Liga titles, four UEFA Champions League titles, amongst other major titles. He is famed for scoring the equalising goal in the 93rd minute in the 2014 UEFA Champions League Final. Ramos has been named on ten occasions to the FIFPro World11, making a record as a defender. He has been elected to the UEFTA Team of the Year eight times and has been named La LIga’s Best Defender a record five times.

Ramos represents the Spanish team internationally and has become renowned around the world for his skill; he won the 2010 FIFA World Cup and the UEFA European Championship in both 2008 and 2012. He was further recognised when he was named to the FIFA World Cup Dream Team in 2010 and the UEFA Euro Team of the Tournament in 2012. Ramos currently holds the record of most capped player in the Spanish national team, he is also Spain’s tenth highest goal scorer of all time. 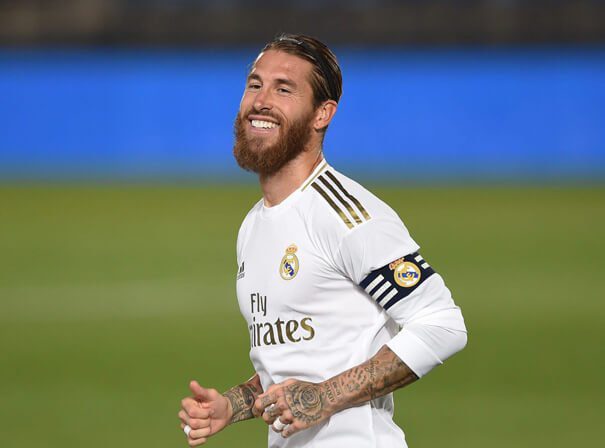