Former Soccerer Shaka Hislop is today a sports broadcaster on ESPN, but made his name playing as a goalkeeper for clubs including Reading, Newcastle United and West Ham. He represented Trinidad and Tobago internationally, was inducted into the country’s Sporting Hall of Fame, and was the inaugural winner of the PFA Special Merit Award.
Hislop’s early promise on the Soccer pitch earned him a scholarship to Washington DC’s Howard University, where he played in the NCAA final and became only the fifth Association Soccer player to be inducted to the university’s Athletic Hall of Fame. Returning to the UK, he signed a contract with Reading, where he played for three seasons and was twice named the club’s Player of the Year. Next, he got a taste of the Premier League with Newcastle United, becoming FA Cup runners-up in 1997-98, before moving to West Ham where he would help win the UEFA Intertoto Cup in 1999. Over the following years, he would play for a spell at Portsmouth before returning to West Ham, and finally finishing his career playing for American side FC Dallas.
London-born Hislop was eligible to play for either England or Trinidad and Tobago, and represented the former at under-21 level. However, he decided to play for Trinidad and Tobago as a senior, earning 26 caps and playing in the country’s first ever World Cup match. He was inducted into the country’s Sporting Hall of Fame and received the Chaconia Medal, its second highest national award.
Hislop has contributed a weekly Major League Soccer blog for the Guardian, and is a commentator and interviewer for ESPN’s Soccer coverage. He was a pioneer of the Show Racism The Red Card Campaign and, alongside Pele, he is one of only two non-British members of the PFA’s Roll of Honour. 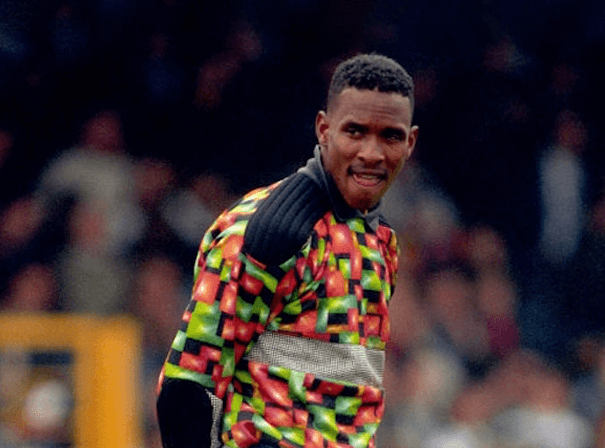