Beginning her career on WWJ-TV in Detroit, Shaun Robinson is now an award-winning TV host and personality as well as a producer, author, and activist. Following her career with WWJ-TV, Robinson was a medical reporter and anchor on the weekends for Milwaukee station WISN-TV. Here, she won an Associated Press award after a series on cancer. In 1995 she joined KEYE-TV in Austin. At this station she won yet another award, the American Women in Radio and Television award, after a segment she did on women game-changers based in Texas. Next, Robinson took her talents to Miami where she was a reporter and anchor. She covered the Clinton impeachment hearings, Hurricane George, and the Oklahoma City bombing. In 2009, she hosted “Who Wants to Be a Millionaire” as a stand-in for Meredith Viera. The next year she won $10,000 for Girls, Inc. after she played and won game show “Don’t Forget the Lyrics.” In 2011 and 2012 she joined Al Roker in hosting The Tournament of Roses Parade on NBC.

Robinson has covered also covered TV events including the Academy Awards, Golden Globes, Emmy’s and Grammy’s as well as hosting segments on Lifetime, TLC and BET. To date, she has won an Emmy, a Gracie Award, and an Outstanding Coverage of Race and Ethnicity Award from Columbia University. Her acting career has taken her to features including “Bruce Almighty,” “Last Man Standing,” and “Days of Our Lives,” just to name a few.

As a philanthropist and activist Robinson founded the S.H.A.U.N Foundation for Girls which focuses its efforts on aiding girls in STEM, health, arts, unity, and neighborhoods. She also wrote an advice book entitled “As I Am: Celebrated Women Share Candid Advice with Today’s Girls on What it Takes to Believe in Yourself.” Following the release of her debut book she traveled to the Bahamas to speak. DOVE awarded her the Real Beauty Award for her efforts as well. Today Robinson is on the board of Girl Up and has served on the national board of Girls, Inc. She also created social media movement One Girl, One Voice: A Million Ways to Make a Difference. Los Angeles County’s chapter of Share Your Heart, Share Your Home took Robinson on as a spokesperson. She has also worked with Jumpstart and the Heart Rhythm Society. 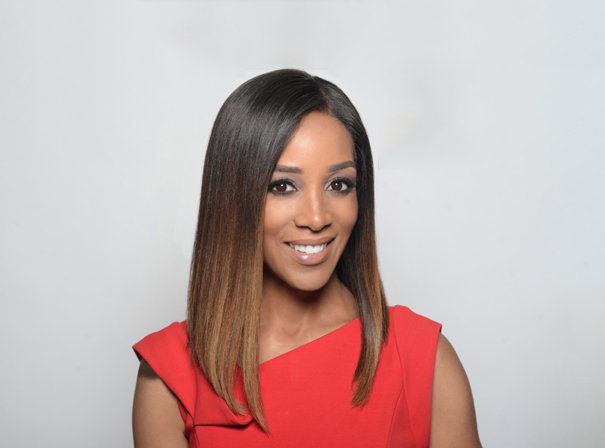