Shelina Moreda has covered a lot of ground in her career very quickly, and very literally. She is one of just four national-level motorcycle racers in the United States, was the first female to complete a Suzuka endurance race, the first female to race at the Indy Raceway track in Indiana and the Zhuhai International Circuit in China, and at one point, was the only female motorcycle racer in the AMA Pro Harley class. And being a groundbreaker is brilliant. But Moreda follows it up with results: she has previously won the Women’s Championship in Qatar and is currently ninth in the Supermoto National Rankings.

Unsurprisingly, Moreda has a huge fanbase. This is particularly evident on social media where she has over 34,500 followers on Instagram alone. A brilliant ambassador for women in motorsports, she inspires other females to follow in her path by running Shez’s Moto Camp, which is a popular all-female motorcycle skills school. She also presents a TV series called Motorcycle Startup, which features the unscripted stories of riders who have ridden from the dirt to the track to the podium.

Moreda’s own journey down that path began with riding motorcycles as a child on her family’s dairy farm in North Carolina. She got her first dirtbike when she was just 12 years old and her father used to send her out to do the chores and fetch the cows in from the fields on it. From there, her obsession with bikes grew. Today, she regularly races all over the world, from America to Qatar to China to Europe. 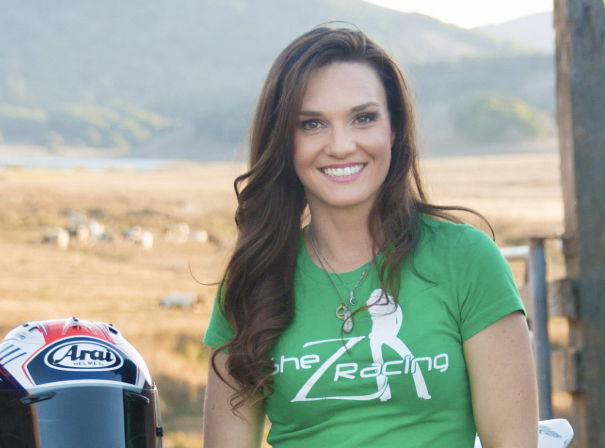