Formed in 2009, Sheppard are an Australian indie pop band who have had several number one releases and been certified 5x platinum.

Sheppard is made up of three siblings, plus other band members Jason Bovino and Dean Gordon. George, Amy and Emma Sheppard were born and raised in Papua New Guinea, before moving with their parents to Brisbane while they were still in school. George and Amy formed a band by chance when they were helping each other out with music assignments, with Emma joining after she graduated. Together they formed a record label, Empire of Song, releasing their first EP in 2012 and touring in England, America and South Africa. Their single Let Me Down Easy was nominated for Best Independent Release at the ARIA Music Awards 2013 with their second single Geronimo reaching number one in Australian music charts and going platinum an incredible five times. The band went from strength to strength, signing with Decca Records and releasing their debut studio album in 2014, and being nominated for seven ARIA Awards that year. In 2017, Sheppard supported Justin Bieber and Little Mix on their tours, and released their second studio album to popular and critical acclaim.

Most recently, Sheppard have released one single per month throughout 2020, and announced their next album, Kaleidoscope Eyes, for release in 2021. This indie band are now regarded as pop royalty, and look set for many more years in the spotlight. 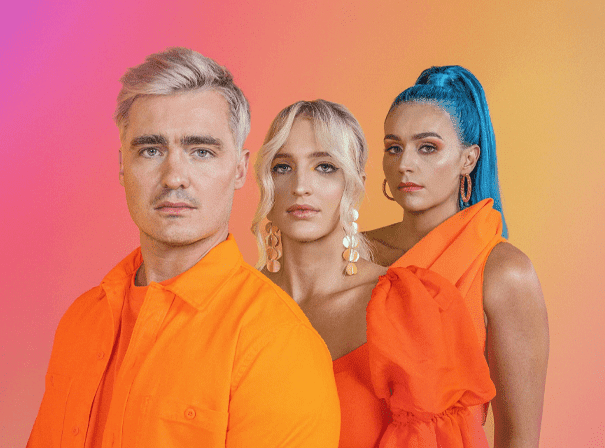