Simon Lazenby is a TV presenter best known as the lead host of Sky Sports’ Formula One coverage.
Lazenby has a broad foundation of knowledge, having graduated with a degree in Natural Sciences from Durham University where he was captain of his college Rugby Union team. His work for Sky Sports began in 2002 when he worked on live Rugby Union coverage. Simon swiftly took over from Mark Durden-Smith as lead presenter for the BAFTA-winning Rugby Union show, where he covered two British and Irish Lions tours, 10 Heineken Cup Finals and countless international matches worldwide.
His keen interest in other sports led Simon to present England test matches for Sky Sports’ cricket coverage, European Tour Golf events, tennis tournaments and poker tournaments. His seventeen-year career and wide range of expertise makes Simon one of Sky Sports’ most experienced presenters.
Now, Simon works alongside former F1 drivers Damon Hill and Martin Brundle as Sky Sports Formula One’s lead presenter. His work is key to the channel, which has won International Broadcaster of the Year twice since 2012.
When he’s not at work, Lazenby spends time with his wife and son in Notting Hill, plays the piano, and the occasional round of golf. 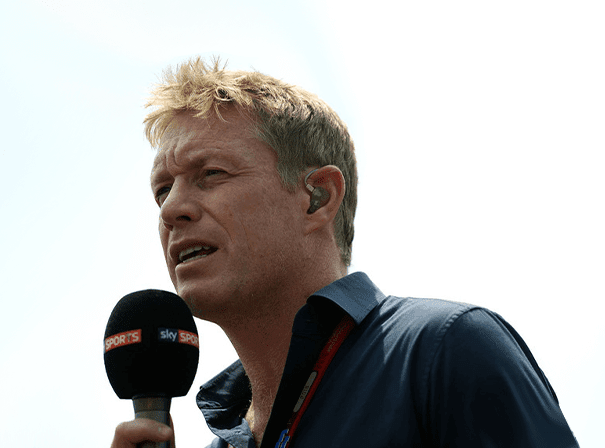