Born in Peterborough, Rusk kicked off his playing career with the Peterborough United youth system before signing to Boston United in March 2001. After stints at Northwich Victoria, Rushden & Diamonds, York City and Crawley Town he retired at the end of the 2010-11 season after a number of serious injuries and took a role with Crawley’s Centre of Excellence ahead of the club’s first season in the Football League. Rusk was then appointed youth team coach at Brighton & Hove Albion, a role where he showed great ability developing the club’s scholars and managing the Under-18s, and was soon promoted to U23s Head Coach where he guided the team to a string of impressive results and helped them reach the knockout stages of the EFL Trophy on two occasions.

Rusk then became manager of Stockport County in January 2021 and helped the National League side achieve an 18 game unbeaten run before parting ways. Announced as assistant manager of Dundee in February 2022, Rusk continues to progress impressively as a football manager. 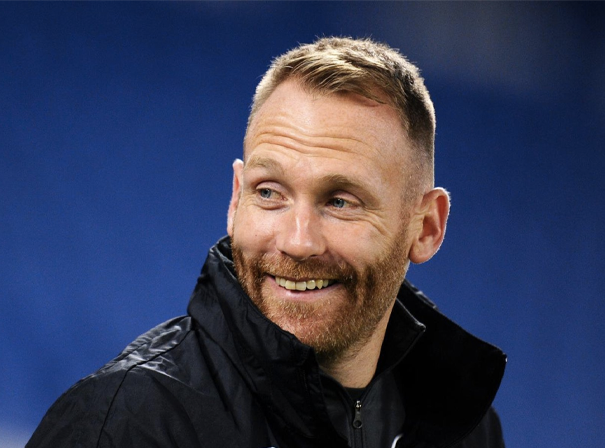