Widely considered to be one of the greatest gymnasts of all time, Simone Biles is a seven time Olympic medallist and incredible 25 times World Championship medallist.

After being adopted by her grandparents when she was six years old, Biles switched from mainstream school to homeschool in order to focus on her gymnastics training. She trained more than 30 hours a week, going on to enrol with The University of California before forfeiting her eligibility and turning professional. She was named as part of Team USA for the 2016 Rio de Janeiro Olympic Games, competing in all four individual events in the final. She took home four gold medals at the Games, and was selected as the USA flag bearer for the closing ceremony. Two years later in 2018 Biles competed in both the World Championships, setting a new world record for the most women’s All Around titles and eventually taking home a medal in every single event in the Championships. Her career continued to go from strength to strength, and the following year she competed in the Stuttgart World Cup, GK US Classic, the US National Gymnastics Championships and the 2019 World Championships.

Most recently, Biles competed in the postponed 2020 Summer Olympics in Tokyo after qualifying for all of the individual finals. She made headlines when she withdrew from several events due to concerns over her mental health and safety, and launched a global conversation about athletes wellbeing and the pressure of performing in the public eye. Biles is now an inspiration to a new generation of athletes and will go down in sporting history as one of the greats. 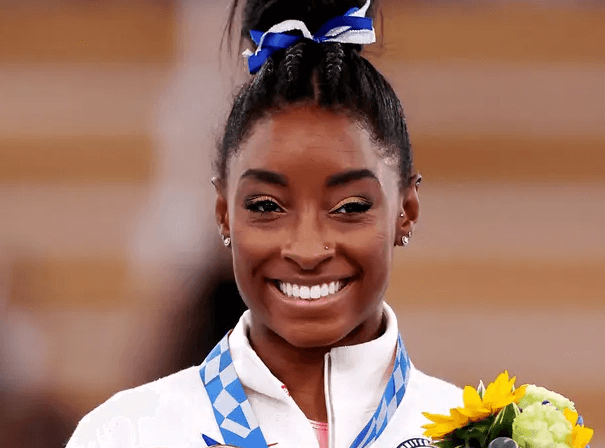