Best known for her contributions to BBC Sport and before that fronting BAFTA award-winning show Newsround for five-years, Sonali Shah is one of several warm and charming presenters on our books.
She originally intended to make a career as a doctor but volunteering at her local hospital radio station sent her down the broadcasting path instead. She joined BBC World Service shortly after university and then move onto Radio 5 Live where she became a regular presenter making appearances on 5 Live Breakfast, Simon Mayo and Drive. Following her stint at Newsround where she covered the Beijing Olympics and put together special reports from Haiti and Afghanistan, Sonali became a face on BBC Sport. Renowned for her captivating manner, she fronted BBC Sport’s triathlon highlights and British Olympic Dreams as well as Wimbledon, the London Marathon, the Boat Race, the Epsom Derby and the 2011 Cricket World Cup. She also covered high profile public events including the Royal Wedding, the Diamond Jubillee and the Lord Mayor’s Show. Her ability to present a wide range of topics and events is why Watchdog have called upon her to deliver reports and why she often reviews the papers on Sky News and LBC.
Sonali is often invited to host or present events, for example she chaired Children’s BAFTA Question time and will continue to do this. She’s also hosted a number of awards including the Amnesty International Young Human Rights Reporter of The Year Awards, the Tower Hamlet Sports Awards and the Children and Young People Now Awards. As such, Sonali Shah is an experienced and confident host for a range of public, private or corporate events. Call up one of our agents now to discuss this further. 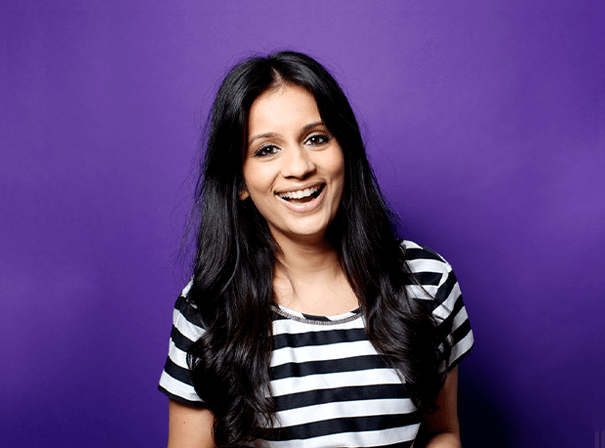